It was way back in February that the One Laptop Per Child (OLPC) initiative and its partner One Education announced a modular laptop/tablet hybrid, dubbed the XO-Infinity, promising a debut in the following weeks. Well, it’s a bit later than expected, but One Education finally has working prototypes, and, after dropping the XO part of the name, has now launched an Indiegogo campaign to crowdfund the Infinity.

As you can see by the images, the Infinity is designed to be used by young students, and like the other devices from OLPC, features a design that is both rugged and simple. While the tablet-like display can be removed from the keyboard dock, similar to other flagship computing devices introduced this year, the modular aspect is not about boosting performance or other specs, rather it’s to allow easy repairability.

One Education’s Indiegogo campaign is looking to raise $50,000 to help cover manufacturing costs, and expects to begin shipping in September 2016. Early backers who pledge $249 will get their own Infinity, however that price will go up to $299 soon.

The Infinity has a keyboard dock with a touchpad and mouse buttons, while the removable touchscreen display features a 8.9-inch, 2560 x 1600 display. It’s powered by 1.4 GHz quad-core processor with 1GB of RAM, 8GB of storage that can be expanded via microSD card slot. It supports WiFi and Bluetooth, and has a 7,000 mAh battery that charges via USB-C port. One Education notes, however, that these specs may be changed during the remainder of their development process. 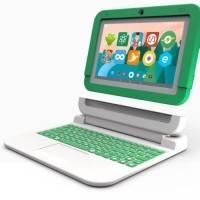 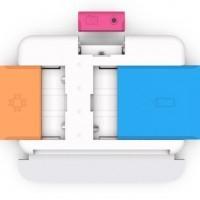 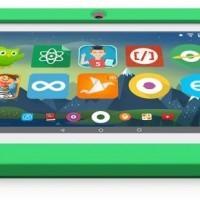 On the software side, the device runs Android 5 Lollipop with a customized interface, and comes with a suite of educational apps. Among the modular parts that can be easily removed and replaced include a camera, battery, the display, and a central module that contains the CPU, memory, wireless card, and storage.