The black camera you see is the Olympus E-PL5 and the silver camera is the E-PM2. The two cameras look so similar you could almost believe they are simply different color versions of the same digital camera. However, if you look closely you’ll notice that the black camera has a slightly different design and a larger knob on top than the silver. 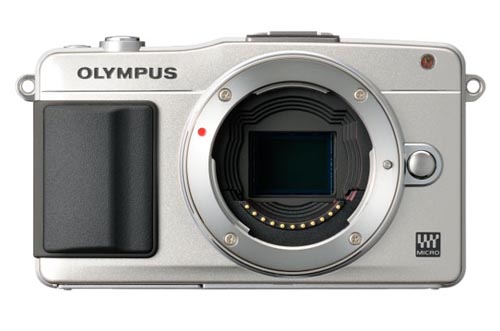 We don’t have an abundance of details on these two cameras right now since these are leaked images. The few details that did leak along with these photographs include that the cameras both use the same Olympus E-M5 sensor that features the TruePic VI image processing engine. Both of these cameras are also said to have touchscreen LCDs on the back.