iPhone photography enthusiasts are likely already familiar with Olloclip and their range of general-use lens accessories, but now there’s a version aimed at those interested in getting incredibly close-up, detailed images. The new Macro Pro Lens for the iPhone 6 and 6 Plus comes with three different lenses, each offering greater depth of field and less distortion than standard photos. The included macro lenses offer 7x, 14x, and 21x magnification.

Just like Olloclip’s other lens packages, the main component easily slides over the top of the iPhone, placing the lens directly over the phone’s rear or front-facing camera. Lenses can easily be removed from the central clip and swapped with another. 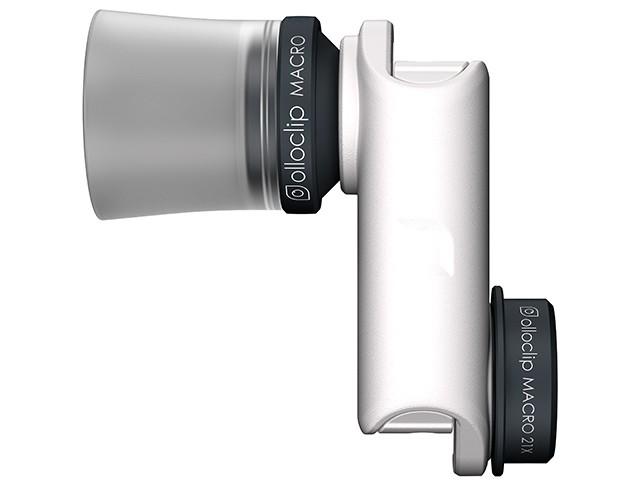 The 7x lens in the Macro Pro set offer a general magnification setting, while maintaining a strong depth of field, with Olloclip suggesting it be used to make great macro videos.

The other two lenses, however, get into serious magnification levels, on par with tools used in science, technology, and medical fields, according to Olloclip. 14x is said to offer a view better than the naked eye, capable of revealing a single thread on a shirt. The 21x lens allows photos of textures and details that the naked eye never notices, and when combined with the iPhone’s digital zoom can achieve almost 100x magnification.

The Macro Pro Lens is available now from Olloclip’s website, priced at $70.