Nreal Light AR glasses now available in the US through Verizon

Augmented reality or AR, sometimes called mixed reality or MR, is one of the holy grails in the computing industry, not just because of its entertainment value but its productivity potential as well. Unlike how VR pretty much requires occluding your vision completely, AR headgear can afford to be more lightweight and more comfortable than bulky VR headsets, and that is the proposition that Nreal is making with its Light glasses that is finally making their way to the US as it earlier promised.

There are quite a few players in the AR headset market, with Microsoft’s HoloLens being one of the first to launch commercially, at least for enterprise customers and developers. Despite multiple delays and controversies, Magic Leap eventually joined the fray. Apple is expected to be targeting this particular market, possibly next year with a preliminary dev kit.

In the meantime, the Nreal Light is offering yet another alternative in the form of what it claims is the US’s first consumer-ready AR glasses. It definitely looks the part resembling rather thick glasses instead of the usual headsets associated with mixed reality. According to the spec sheet, the Nreal Light is only 106g light, despite packing some hardware like spatial audio speakers and sensors for 6DoF (six degrees of freedom) tracking.

Of course, that means that the glasses themselves don’t have the hardware for actually processing and delivering the AR experience. That comes from a paired smartphone, like a Samsung Galaxy S20, Galaxy Note 20, Galaxy S21, Galaxy Z Fold 3, or OnePlus 8 5G UW, connected via a USB-C cable. On the software side, the Nreal Light is launching with 17 AR-native apps like Ghost Hunter, Table Trenches, and Magician Mystery, available from Google Play Store. 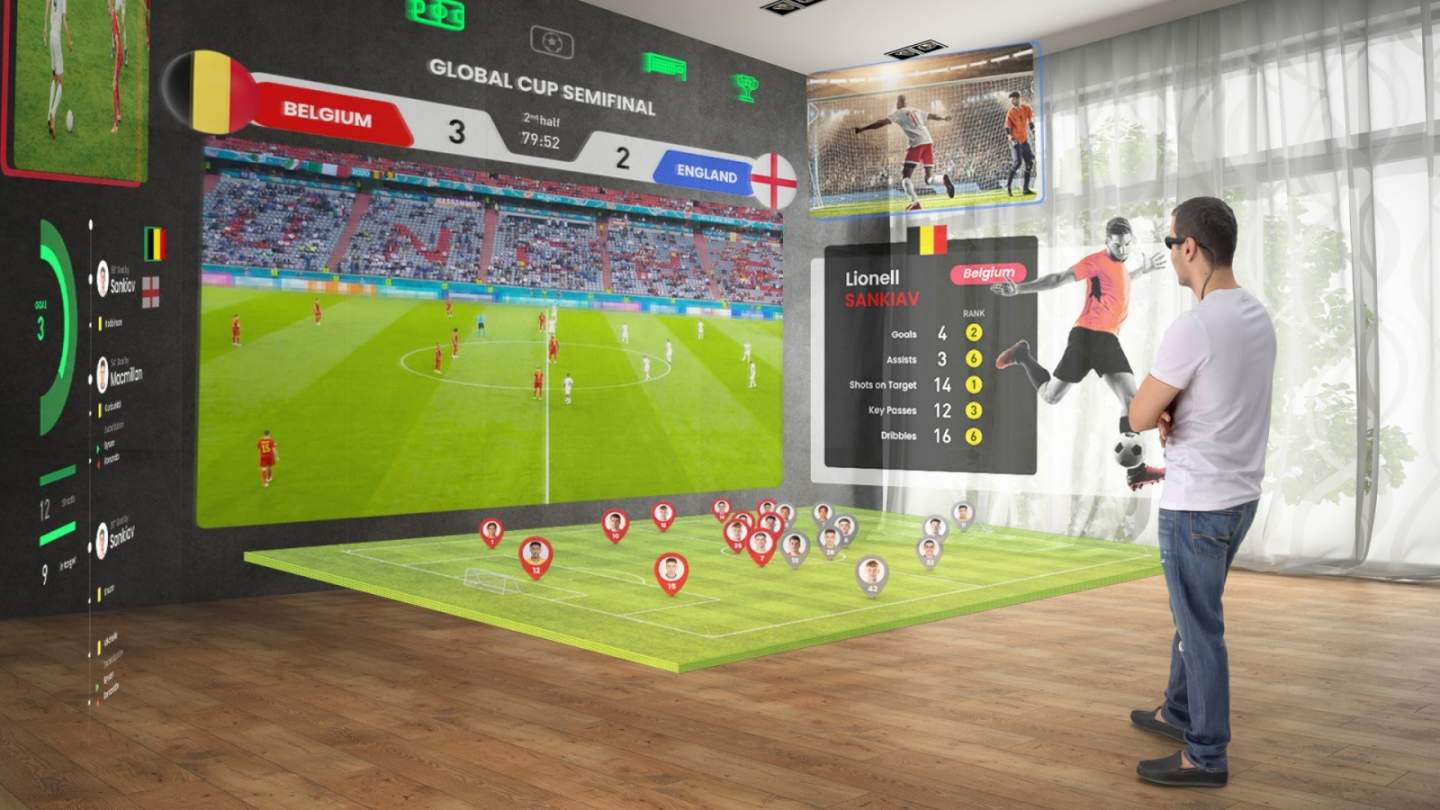 Making good on its promise earlier this year, the Nreal Light is launching in the US and with a much affordable price tag than its developer kit predecessor, specifically $599. The catch is that its exclusive only through Verizon, which will start selling the AR glasses in stores starting on November 30 and online starting December 2.