Nreal has taken the wraps off its new smartglasses, Nreal Air, promising a seemingly futuristic experience combined with the privacy of personal shades. Nreal Air is a pair of sunglasses with built-in augmented reality tech that, the company says, enable wearers to stay entertained with everything from YouTube videos to mobile games and socializing with friends.

The Nreal Air smartglasses will support most Android devices, as well as Apple iOS devices. The model, which features a somewhat chunky but modern style and tinted lenses, offers up to 49 pixels-per-degree (PPD) and up to a 90Hz refresh rate. Despite the tech it packs, Nreal Air has a weight of 77 grams (about 2.7 ounces). 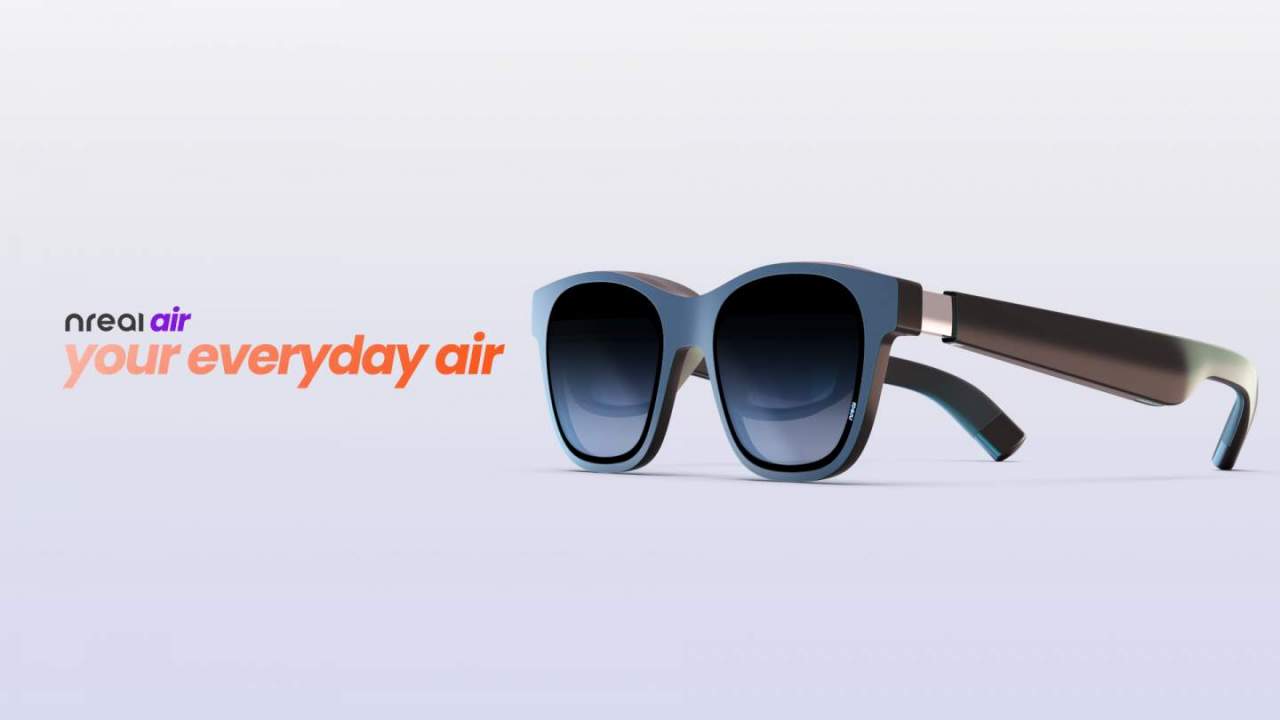 When in use, Nreal Air presents wearers with the equivalent of up to a 130-inch virtual display, essentially presenting a personal theater on which videos can be watched and mobile games can be played. Nreal says it made the Air model primarily for the purposes of entertainment, including a single augmented reality screen that multiple Nreal Air users can view, enabling friends to, for example, watch the same movie at the same time.

In addition to the augmented reality features, Nreal says the Air model sports ergonomic features that allow users to adjust the frames to fit their faces. There is, for example, an adjustable three-step rake system that tilts the lenses to adjust the viewing angle. As well, the frames have elastic temples for an anti-slip fit.

Consumers today are seeking lighter, but longer-lasting AR glasses exclusively for streaming media and working from home. For instance, in Korea we’ve found that 78% of our users use Nreal Light to watch streaming content. Nreal Air builds on our Nreal Light offering and furthers our mission to spread AR globally. With Nreal Air, we’ve zeroed in on the perks of a portable movie theater and condensed this into lightweight AR sunglasses with a zero-footprint display, while making it affordable.

Nreal plans to first launch Air in South Korea, Japan, and China in December, followed by a larger rollout to other markets next year. The price hasn’t been revealed yet and will, the company says, be established by “local carrier partners.”