Do you wish you could play No Man’s Sky but don’t have a PC (or PS4) powerful enough to run it? Maybe you’re interested in the game, but turned off by all the reports about a lack of satisfying gameplay and/or the missing features that were promised before launch. Or are you one of those types that just really likes games that make use of tech from the original Doom? Well, if any or all of those statements apply, there’s a mod that will be right up your alley.

Dubbed No Guy’s Sky and developed in only three weeks, it’s a home-made recreation of No Man’s Sky‘s universe and mechanics, but only using the original Doom‘s engine. And it manages to pack in a lot of the indie hit’s features, including exploring foreign worlds, interplanetary travel, and even its own version of the ‘Center of the Universe’ — the endgame goal of No Man’s Sky. 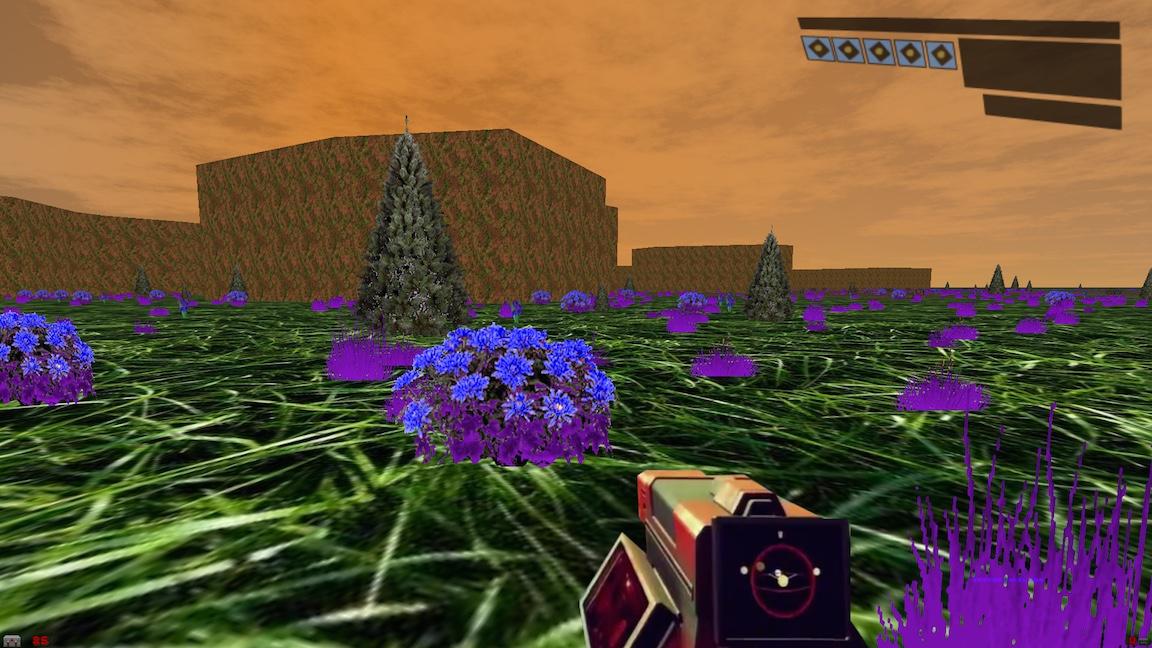 It even makes use of No Man’s Sky‘s key experience: randomly generated environments and creatures. Creator Robert Prest says the scenery, sky, ground, plants, and aliens are all among the details that are randomly created. “There is plenty more that can be added relatively simply, and due to the flipbook style randomization on the creatures, each addition makes exponentially more creatures and possible planets, but I didn’t want to spend too long on this before releasing,” he adds.

There’s even an option to see your own face in the game’s world by adding it to the mod’s files. If you’re ready to give it a try, you can download it for free and install it with the instructions on the DoomZ website.