All eyes and ears may be on the ever elusive Nokia 9 and its penta-lens camera but it isn’t the only controversial one HMD Global may have in store. While initially slower to jump on new trends, the manufacturer has recently become quick to adopt not new technologies but new notches. The most recent, at least based on these renders, will be the Nokia 8.1 Plus. Unsurprisingly, it will be adopting that circular corner cutout that everyone seems to love to hate these days.

To be fair, everyone seemed to also hate the notch when it first came out. But thanks to almost everyone adopting it, it has more or less become an inescapable fact of mobile life. Granted, Apple will probably never adopt this punch-hole design but when the likes of Samsung and Huawei/Honor use it, others are bound to follow sooner or later.

Based on 91mobiles and @OnLeaks collab, the Nokia 8.1 Plus has a 6.22-inch possibly Full HD+ screen with super thin side bezels and a sizable punch-hole in the upper left corner. Sadly, it seems that HMD opted to still give the phone a chin large enough to fit the Nokia branding on it. Which is redundant given the same branding is on its back as well. 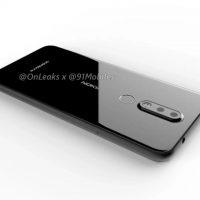 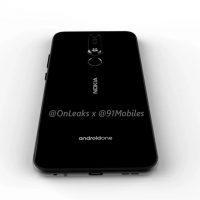 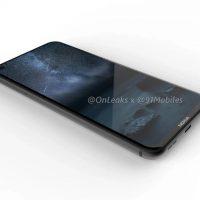 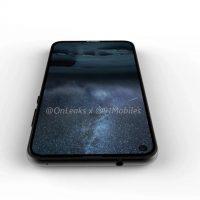 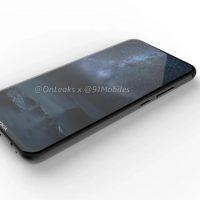 That back does have dual cameras with ZEISS lenses and a fingerprint scanner at the bottom. There’s also, thankfully, a 3.5 mm headphone jack on the top edge. Given those features, the Nokia 8.1 Plus may be targeted at the mid range. No other specs are known at this point but the renders do indicate that it will be running Android One.