Nokia 6 lives up to its rugged pedigree in torture test

The Nokia 3310, which was recently resurrected in a rather odd way, was well-loved for many things, one of which was its resilience. Granted, not-smart phones back then, like the Nokia 5110, were less sophisticated but also less fragile. The Nokia 6 naturally raised the question of whether Nokia and HMD, freed from any Microsoft influence, could pull off something similar in this day and age. Fortunately for us, JerryRigEverything did all the testing so that we won’t have to find out ourselves the hard way.

It’s probably not fair to expect smartphones today to be as tough as yesteryears’ feature phones. Times have changed, materials have changed, tastes have changed. While we do have extremely rugged smartphones, those do look like armored tanks than phones and would definitely clash with modern tastes in design.

So it’s rare to find a “normal” modern smartphone that can really be considered tough. Sure, we have water and dust proof ones that have proven to be quite resilient, but few of those can claim to be as tough as the Nokia 6. At least based on JerryRigEverything’s usual assortment of tests meant to make you cringe. 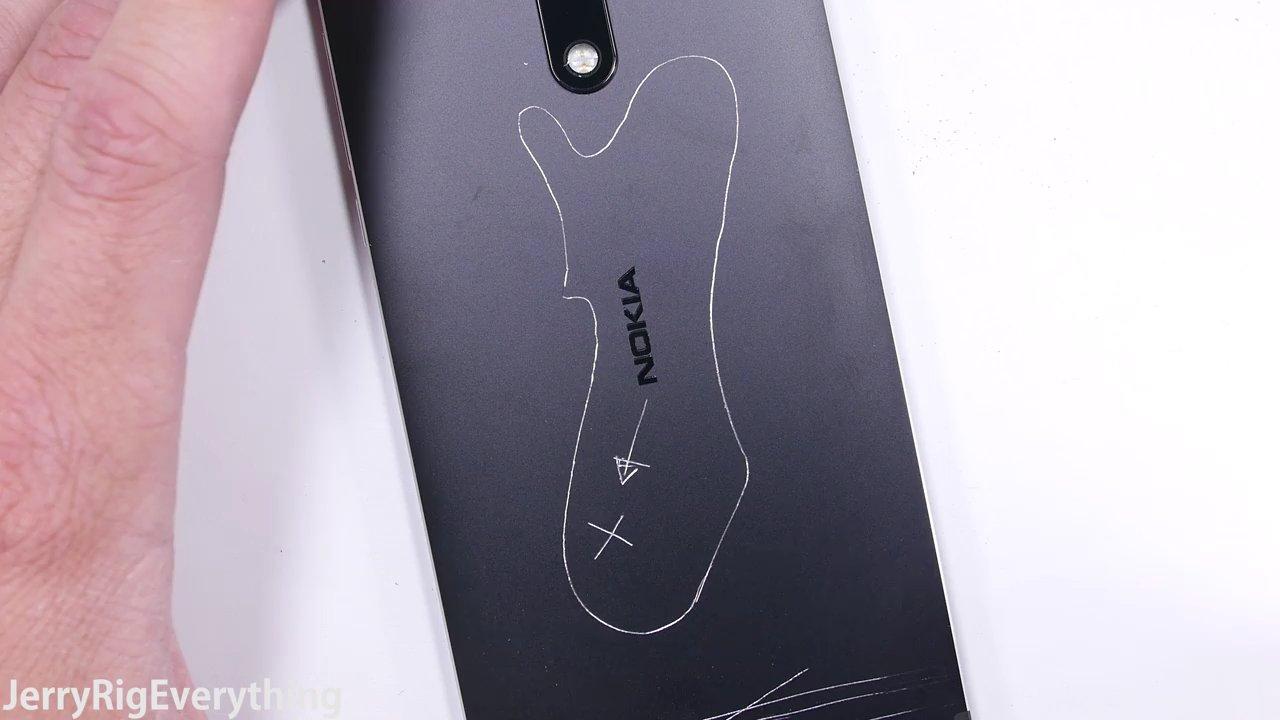 The screen isn’t extraordinary in that it advertises the same Gorilla Glass 3 as many smartphones these days do, which is not bad at all. It’s IPS LCD tech, so after 10 seconds of direct fire, the pixels turn off but do recover after a few seconds of cooling down. The cameras, both front and back, are protected with a layer of glass, making them near impervious to scratches using even cutters. Surprisingly, even the home “pad” is also scratch-proof.

Zach Nelson was particularly impressed with the overall build of the Nokia 6. It has metal back and sides, with very few traces of plastic. It will scratch, of course. But it also gives the smartphone a very solid, though a bit hefty, frame, which means there wasn’t even a little flex when he tried to bend it by hand. And Zach Nelson is a very strong man.