The Switch OLED, which launched back in October, comes with an improved dock in the box. Gone is the original dock paired with the standard Switch and in its place is a redesigned dock with rounded corners, a new white color scheme, and a built-in LAN port. Nintendo has started selling the Switch OLED dock separately, so if you’re looking for an additional dock to place in another room or you just want to upgrade, you can get this improved dock instead of having to settle for the standard one.

If you want one of these new OLED docks, your only option for purchase is the official Nintendo’s Store – for the time being. We’ve checked Best Buy, Amazon, GameStop, Target, and Walmart, and none of them seem to carry the dock as a standalone product. That may change in the future, but for now, the Nintendo Store is the destination for these docks.

Nintendo sells the OLED dock in two colors – white and black – for $69.99 each. That’s a $10 premium over the standard Switch dock, which runs $59.99. Unfortunately, these docks are expensive, and it gets worse too because you’ll need to buy the HDMI cable and AC adapter separately. While most of us have piles of HDMI cables lying around and waiting to be used, it’s safe to say that a smaller number of us have a spare Switch AC adapter at the ready.

If you need an AC adapter to go with your new dock, you’re looking at another $29.99 – at least when buying directly from Nintendo. These days you can probably find one for less, but just be aware that when you buy a Switch OLED dock, it doesn’t come with anything but the dock itself.

Should you upgrade to a Switch OLED dock?

If you’re looking to buy an extra Switch dock for another room, the Switch OLED dock is probably the better buy. The main difference between the Switch OLED dock and the standard dock is that the OLED dock comes with a built-in LAN port, which was excluded in the original one. While it was a bone-headed decision to ship the original Switch dock without a LAN port, Nintendo eventually released a USB LAN adapter that costs $29.99. 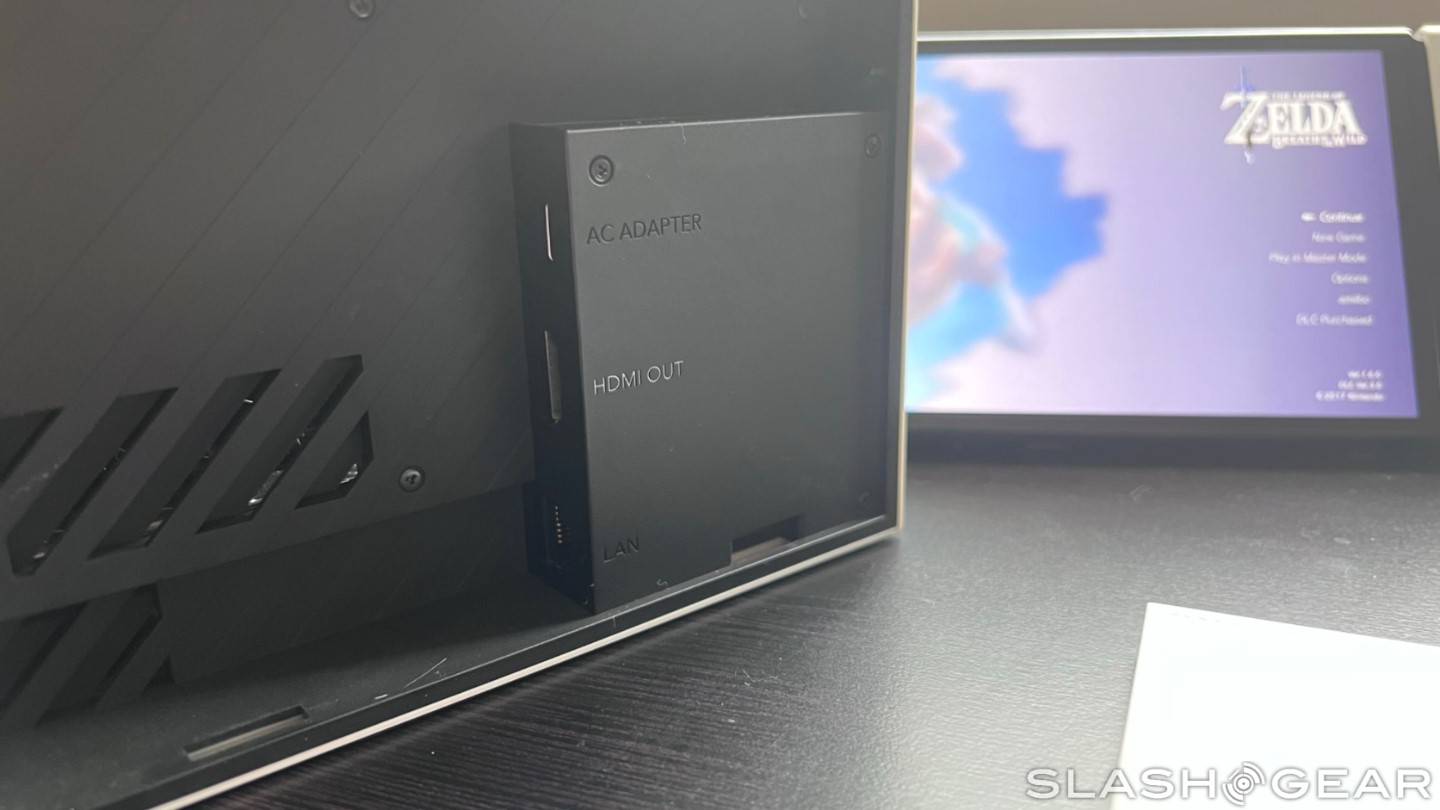 It looks better (in our opinion, at least). It can be used with both the Switch OLED and the standard Switch, but so can a regular dock. Because of that built-in LAN port, it actually has one less USB port than the standard dock, so that’s something to keep in mind too. At the end of the day, the differences between the two aren’t great enough for us to say you should upgrade from the standard dock to the OLED one.