Nintendo today revealed the Black Friday deals it’ll be offering when the time comes later this month. Nintendo is typically hesitant to give games and consoles any kind of discount, making Black Friday one of the few times to buy each year. Unfortunately, many of these deals are similar or even outright the same as sales we’ve seen in years past, though there are still some significant discounts to be found.

If you’ve been around for past Black Fridays, then the Switch bundle at the center of Nintendo’s deals will be instantly familiar to you. Once again this year, Nintendo is offering a bundle that includes the standard Switch, a copy of Mario Kart 8 Deluxe, and a three-month Nintendo Switch Online individual membership for $299.99.

That is the same price the Switch usually sells at as a standalone product, so by picking up the Black Friday bundle, you’re essentially getting the game and a three-month NSO subscription for free, saving about $68 in the process. It isn’t a bad deal by any means, but we’d like to see more bundle options beyond just Mario Kart 8 Deluxe one of these years.

Read More: Fire Emblem: Three Houses reviewFinally, Mario Kart Live: Home Circuit and Ring Fit Adventure will be getting some significant price cuts for Black Friday, with the former dropping to $59.99 ($40 off) and the latter dropping to $54.99 ($25 off).

We don’t often see sales on certain Nintendo games, so this is an excellent chance to stock up on some titles that only get rare discounts. Breath of the Wild, in this case, is one of the best examples, as discounts on that are infrequent at best even though it was a launch title for the Switch. Other games worth prioritizing during this sale include Super Mario Maker 2 and Fire Emblem: Three Houses if you don’t already own them. All of these deals will be available beginning November 21st.

The Switch OLED is nowhere to be seen in this batch of Black Friday deals, with the standard Switch featured in Nintendo’s Black Friday bundle. That doesn’t come as much of a surprise, considering that Nintendo just launched the Switch OLED back at the beginning of October. We’re in the middle of a global silicon shortage at the moment too, so Nintendo is likely selling Switch OLED units as fast as it can make them.

There’s very little reason for Nintendo to discount the Switch OLED during Black Friday with all of that in mind. We may see it included in next year’s Black Friday deals – perhaps in a game bundle of its own – but don’t expect to see anything in the way of significant discounts on the Switch OLED before then. 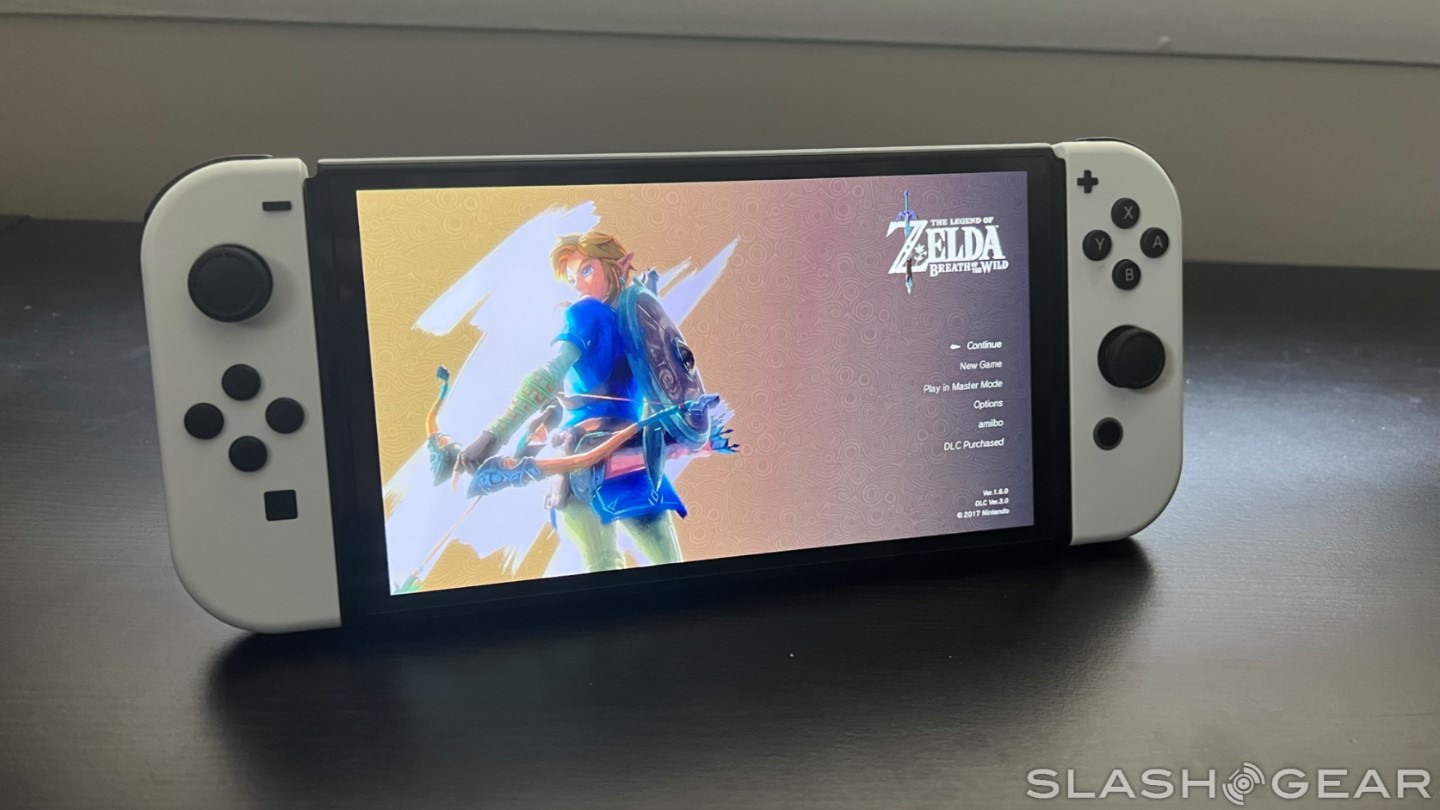 Still, if you can find a Switch OLED in stock, it might be worth purchasing that instead of the standard Switch bundle, even with the Black Friday deal. In our review of the Switch OLED, we found that while it makes a poor upgrade for those who already own a Switch, it’s the one to buy for folks who are purchasing a Switch for the first time.

There aren’t many differences between the standard Switch and the Switch OLED, but the few that exist are worth considering. The Switch OLED comes packed with an improved dock, better audio, more onboard storage, and a better kickstand that should be much more stable when using it in tabletop mode.

However, the most significant difference is in the display, with the Switch OLED touting a larger, more colorful OLED display compared to the standard Switch’s LCD. The difference between the two is big, so even though it won’t be available at a discount, it could certainly be worth buying the Switch OLED anyway, especially if you anticipate playing a lot in handheld mode.

And what about digital games? The game discounts Nintendo announced today apply to retail games, so does that mean we won’t see any discounts on games sold through the Switch eShop? On the contrary, Nintendo said today that there will also be digital deals on offer through the Switch eShop, but the timing and featured games will be announced later this month. We’ll stick a pin in that for now and come back to it when Nintendo reveals more in the future.