It looks like the Super Smash Bros. Nintendo 3DS XL will be arriving in the US later this month, at least according to a Walmart advertisement that has surfaced showing the device. The ad was posted over on the Blu-ray.com forum, where it shows the device as (soon) being available online and in some stores.

There’s not much to go on in the advertisement, which is said to be for September 14 through September 20. In the ad, featured below, the Super Smash Bros. version of the 3DS XL is shown in both red and blue, with a tag over it saying, “Available Sept. 19”. 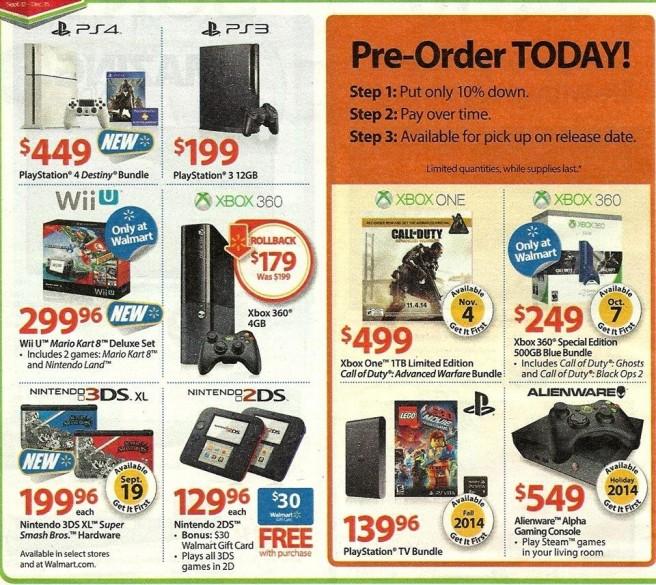 The price is set at $199.96, with in-store availability shown as limited. The flyer is said to be from the midwest/southern region of the US. It can’t been seen from the ad whether the game itself will be available with the console, though its release isn’t until October 3, which would seem to indicate the answer is no.

Earlier this month, Nintendo of Europe fired off a tweet announcing the same themed-3DS XL will be arriving in the region on October 3 for the game’s launch. Nothing official about the Walmart advertisement has been stated, so we’ll have to wait for the 19th to roll around to know for sure.