Nikon just recently made a throwback to celebrate its 100th year in the camera business, but that doesn’t mean looking back is all that it’s going to do this month. It just announced the availability details of its new D7500, its latest DX-format digital SLR. While it isn’t meant to be a flagship model, the D7500 boasts of flagship features nonetheless. Specifically, it shares the same image sensor and processor of Nikon’s DX flagship, the D500 from 2016.

Technically, this means that the Nikon D7500 is gifted with a 20.9 megapixel DX-format sensor with an ISO range of 100 to 51,200, or even 50 at te lowest. It also has the same high-speed EXPEED 5 image processing engine as the D500. All these translate to a promise of capturing fast action or low light scenes with ease.

The camera has built-in Wi-Fi and Bluetooth which allows it to support Nikon’s SnapBridge wireless transfer, one of the defining features of the D500. The 3.2-inch 922K dot tilting LCD, the D7500 supports touches for navigating through menus as well as indicating the focus points. Last and definitely not the least, the DSLR is encased in a lightweight but durable body, making it handy for any situation or weather. 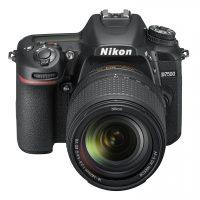 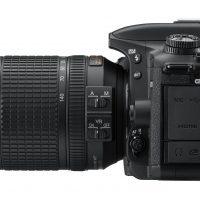 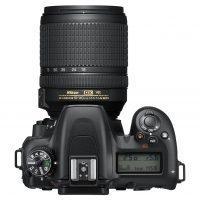 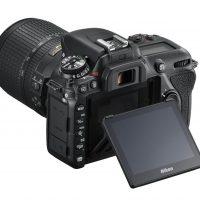 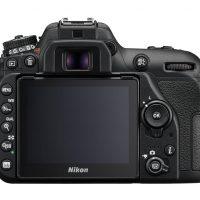 While it may have flagship features, the Nikon D7500 is definitely not marketed as a flagship camera. Instead, Nikon is targeting enthusiasts who are willing to go the extra mile to get a better camera but aren’t exactly able to spend a fortune on one.