In addition to refreshes for its more traditional notebooks, HP has also revealed a new model of its interesting Sprout Pro PC for 2017. While many mainstream consumers may not have had much opportunity (or reason) to use a Sprout, the functionality it offers has caught on in the education, manufacturing, and retail spaces, and the improvements made with the Sprout Pro G2 look to streamline the creative process.

The Sprout Pro G2’s main 23.8-inch FHD touchscreen display is accompanied by a 21.3-inch 20-point touch pad that rests on the desk. Using this pad with the HP Active Pen, users can create 2D projects or use the overhead 14.6MP camera to scan documents. That camera can also create 360-degree 3D models using HP’s 3D Scan Software Pro v5 – all you need to do is hold an object in your hand and rotate it as the camera captures it from all angles.

HP has also implemented new software called WorkTools in the Sprout Pro. Gone is the WorkSpace shell for Windows that was present in previous Sprout releases. Instead of covering up Windows, WorkTools instead works alongside it, making it easier to access the G2’s advanced features while keeping Windows 10 front and center at the same time. 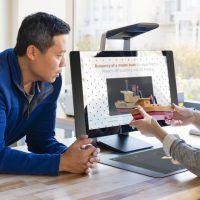 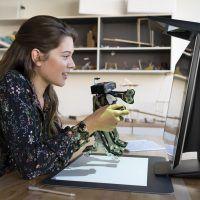 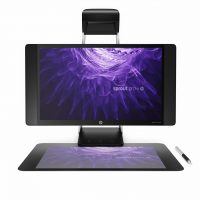 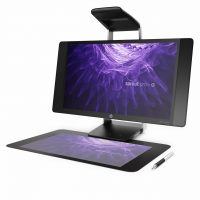 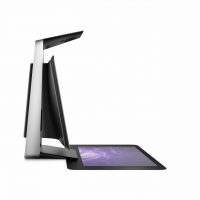 On the inside, you’ll have a quad-core Intel Core i7-7700T CPU, along with up to 16GB of RAM. When it comes to graphics, you’ll have the option of using the integrated Intel HD Graphics 630, or a NVIDIA GeForce GT 960M with 2GB of video RAM.

At this point, the Sprout Pro G2 is still a ways off – HP says it won’t begin shipping out until March 2017. This marks a rather large expansion for the Sprout brand, as the Sprout Pro G2 will be launching in a total of 12 new regions with this release, including Mexico, Turkey, South Africa, and Japan. Pricing details are still slim at the moment, but considering the current-gen Sprout Pro retails at $2,200, we can probably expect a similar price point for this one.