Many who spend hours upon hours on the Web are probably acutely aware of the situation surrounding advertisements. Many of them might have even taken to using one of them so-called ad blockers. Ads are mostly considered nuisances at best, privacy liabilities at worst. But they also happen to be a legitimate and important source of income for many Web content publishers. The new Brave browser is taking a rather unconventional stance at fighting ads, mostly by replacing them with other ads. That, however, has irked not a few newspapers in the US who are practically labeling Brave’s system as theft. 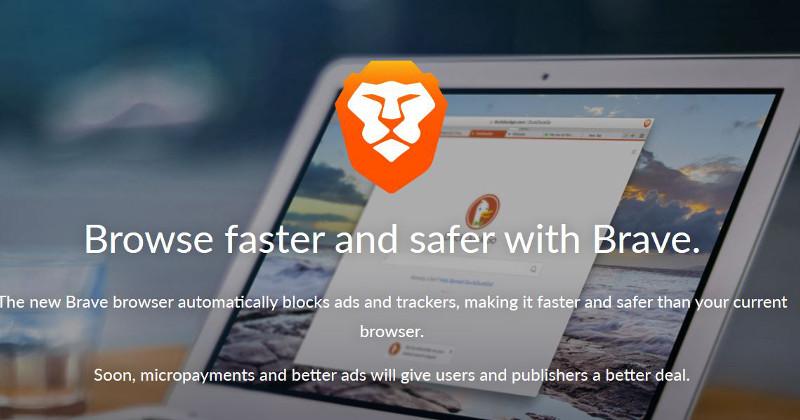 Considering that one of the people behind the Brave web browser is Brendan Eich, it shouldn’t be surprising that it is embroiled in controversy. Eich is the creator of the Javascript programming language, one of the most popular and used in the planet, especially on the Web. It is also one of the most reviled. Eich also co-founded Mozilla, the force behind Firefox, but was forced to step down as CEO after making an extremely unpopular political stance. Now he’s back in the spotlight and, again, the light isn’t flattering.

Brave is a browser that comes with a built-in ad blocking feature. However, it doesn’t stop there. It doesn’t simply remove ads. It actually replaces them with ads from its own network. Eich claims that these ads are less intrusive and respect the privacy of the users. It is also claimed to be more profitable. When users do elect to see the ads, they can get paid, in bitcoins, a fraction of the revenue, about 15%. The publishers themselves, whose content houses the new ads, will get 55%, while another 15% goes to Brave and its advertising partners.

That is what the Newspaper Association of America, whose members include the New York Times, Washington Post, and Wall Street Journal, are up in arms about. In theory, if an add normally rakes in $10, content publishers will instead receive about half that amount under Brave’s plan. The NAA has more or less compared it to theft, as Brave is taking profit that should be theirs and pocketing some for themselves and are expected to be happy about it.

Brave, naturally, claims that the NAA has misunderstood its system. It is saying that, in fact, it is offering a solution. Surveys suggest that the number of ad block users are growing in the US, reaching percentages that match Europe’s higher numbers. If that’s the case, soon these publishers won’t even get a cent if ad blockers become the norm. At least with Brave’s scheme, they can still get half, which is better than nothing.

Unsurprisingly, NAA president David Chern believes that the proper solution is to improve and fix ads, by decreasing privacy issues and resource consumption, and not by completely cutting off this source of income.