Astronomers have been studying a star cluster known as Messier 67 or M67 intently for a number of years. The star cluster is about 2,500 light years away from the Earth in the constellation Cancer. Scientists say that this particular star cluster is one of the most studied and has about 500 stars in a loose grouping.

The scientists say that while the discovery of exoplanets orbiting distant stars isn’t uncommon, it is rather uncommon to find planets orbiting stars in a cluster. Exactly why planets are less common in star clusters remains unknown. Scientist studying M67 using the High Accuracy Radial velocity Planet Searcher or HARPS telescope in Chile have been looking at a sampling of 88 stars in the M67 cluster for the last six years. 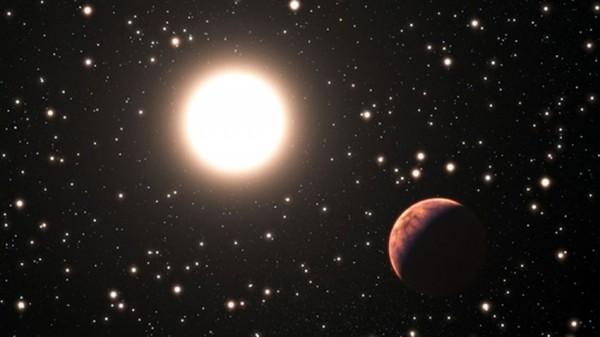 The scientists have been scrutinizing the stars to look for wobble in their position that would indicate planets orbiting the star. The team of researchers says that studying these stars has proven particularly difficult because they are so faint. The team has discovered three planets orbiting stars in the cluster, and two of the planets are orbiting stars that are very similar to our Sun.

In fact, the scientists say that one of the stars is a near identical twin to the Sun. Two of the three plants are termed hot Jupiters that are about the size of Jupiter, but orbit much closer to the host star. These planets have a mass of about 1/3 that of Jupiter and orbit host stars in seven and five days. The third planet is more massive than Jupiter and takes 122 days to orbit the host star. It is the first sun twin star found in a cluster that has a planet orbiting. All three planets are too close to the host star for liquid water to exist.