29 years is a long time for a video game Easter egg to remain hidden, but that’s exactly what’s happened with one of the titles almost every Nintendo NES owner spent time playing at some point: Mike Tyson’s Punch-Out!! It’s been known that there’s a point when players can strike to knock out the opponents Piston Honda and Bald Bull with one hit, but the exacting timing has always been a guess. As Reddit user “midwesternhousewives” has discovered, the tell comes from a bearded guy in the crowd.

The video below explains the secret in detail, but basically when players are facing Piston Honda or Bald Bull for the second time, there is a moment when the opponents are charging their special attack that they can be KO’d with one punch. That moment is when the bearded man in the front row, about a quarter over from the left, ducks his head.

If you don’t have time to watch, here’s where your tipster is found in the crowd: 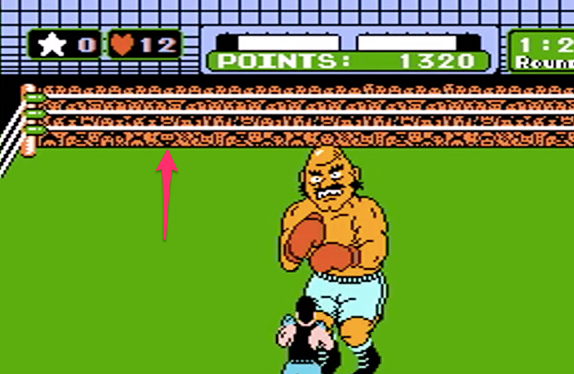 As other commenters in the Reddit thread pointed out, the bearded spectator doesn’t move until the second time players fight Piston Honda or Bald Bull. During the first match ups, it’s a camera flash that players are looking for to signal when to throw their punch. This part of the secret was revealed back in 2009 during a Nintendo roundtable interview that included Punch-Out!!‘s creators.

So after 29 years, there it is, the secrets needed to easily defeat opponents in of the most classic NES games of all time. Makes you wonder what other Easter eggs Nintendo has hidden in their games that have yet to be discovered.