New EPFL drone design was inspired by a bird

Engineers in the EPFL Laboratory of Intelligent Systems have designed a new drone inspired by a raptor. When the researchers say raptor, they’re not talking about a dinosaur or the Ford pickup. They’re talking about a bird of prey. Specifically, the northern goshawk. A northern goshawk is a fast and powerful bird that’s able to fly effortlessly through forests.

The bird was the inspiration for the next-generation drones seen in the images, and to design it, the researchers carefully studied the shape of the bird’s wings and tail and its flight behavior. That behavior was used to develop a drone with similar characteristics.

Enrico Ajanic is the first author of the research study and a PhD student in the lab of Dario Floreano. According to Ajanic, the Goshawk moves its wings and tail in tandem to create the desired motion from rapid changes of direction when hunting in the forest to fast flight when chasing prey in open terrain. The bird is also able to efficiently glide to save energy. The drone’s design extracts principles from agile avian flight, creating a drone approximating the flight performance of a raptor.

The drone created in the laboratory also tests the biological hypothesis that a morphing tail plays an important role in achieving fast turns, deceleration, and slow flight. In 2016, engineers created a bird-inspired drone with a morphing wing. The new drone is a step forward with the ability to change the shape of its wing and tail thanks to artificial feathers embedded in both. Ajanic says that it was complicated to build and design the mechanisms, but the scientists improved the wing so that the drone behaves more like the goshawk. 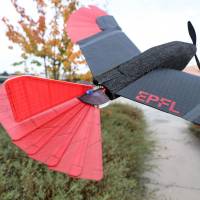 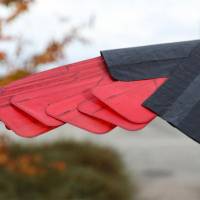 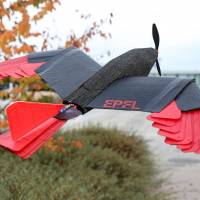 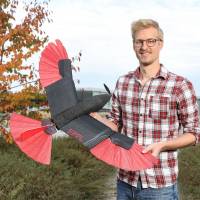 The drone can change the shape of its wing and tail to change direction faster, fly slower without falling out of the sky, and to reduce air resistance when flying fast. It’s clear in the images that the drone uses a propeller for thrust rather than flapping wings. Researchers say the propeller is more efficient. One big benefit of this design over a quadcopter is that the bird-inspired drone can fly for a long time while being almost as agile as a quadcopter. Researchers do note that flying the drone is complicated because of all the possible tail and wing configurations. They intend to integrate AI into the final design allowing the drone to fly semi-automatically.