Net Neutrality: an ugly debate where nobody wins

Lines have once again been drawn. Posters and signs once again put up. Voices and arms raised once more on both sides. Yes, it’s time again for the great Net Neutrality debates as tech companies call supporters to arms. What was presumed to be a done deal is in danger of being overturned with the turning of the guard. While the final word, legally speaking, will come down to a vote, the debate will carry on and on, long after the vote has been cast. And it is a debate that might not have a clear answer in sight for a long time.

What is Net Neutrality?

The definition of Net Neutrality has been given over and over again since the term popped up in the early 2000s, including in a few pieces here. We won’t repeat a length, scholarly definition here, and we’ll settle for what is perhaps the core tenet of the principle: all data is equal.

This means that, under the principle of the “Open Internet”, service providers and even government agencies should not discriminate against different types of data. They should not favor one over another, block one type of data, or charge extra for some other kind of data. ISPs shouldn’t be allowed to throttle services based on their own standards of fairness and government shouldn’t be allowed to exert pressure on them to block services that are used to criticize it.

On the surface, this Open Internet sounds like a really good thing, one that is almost on the same level as basic freedoms and human rights. In fact, advocates of Net Neutrality often point out how the Internet has become such, necessitating the government to reign in carriers and service providers from milking consumers dry. An Open Internet sounds pretty much aligned with the spirit of democracy. But, as they always say, the devil is in the details.

Data is equal, use is not

Technically speaking, data is just data and is, therefore, really equal. But that’s not exactly what’s put in question here. It’s the use of data that’s put under a microscope. And, honestly speaking, that has never been equal. At least not after the introduction of BitTorrent and streaming.

Browsing a news site and checking email are very different activities from watching a YouTube video and downloading a very large file. While they can be reduced down to 0s and 1s at their most basic level, the intention of their use, the use of bandwidth, and their frequency put them in very different classes.

This is one of the favorite arguments opponents of Net Neutrality push forward when pointing out the flaws of the principle. A user binging on a Netflix series will use up more bandwidth and consume more data than someone who simply checks emails and news, even if daily. Multiply that by the number of streaming services and users and you’re presented with a picture of an uneven distribution of resources between network hogs and casual users. ISPs argue that they should be allowed to throttle hogs for the sake of preserving the balance. Or, and this is their preferred solution, at least charge services extra for using up all that bandwidth.

Net neutrality advocates, however, claim to see through the smokescreen. Carriers aren’t really that interested in keeping network abusers in check. They aren’t charities and they aren’t government either. They are for-profit companies that are, at the end of the day, driven by profits. They would allow network hogs to do as they will, provided they pay a hefty fee. 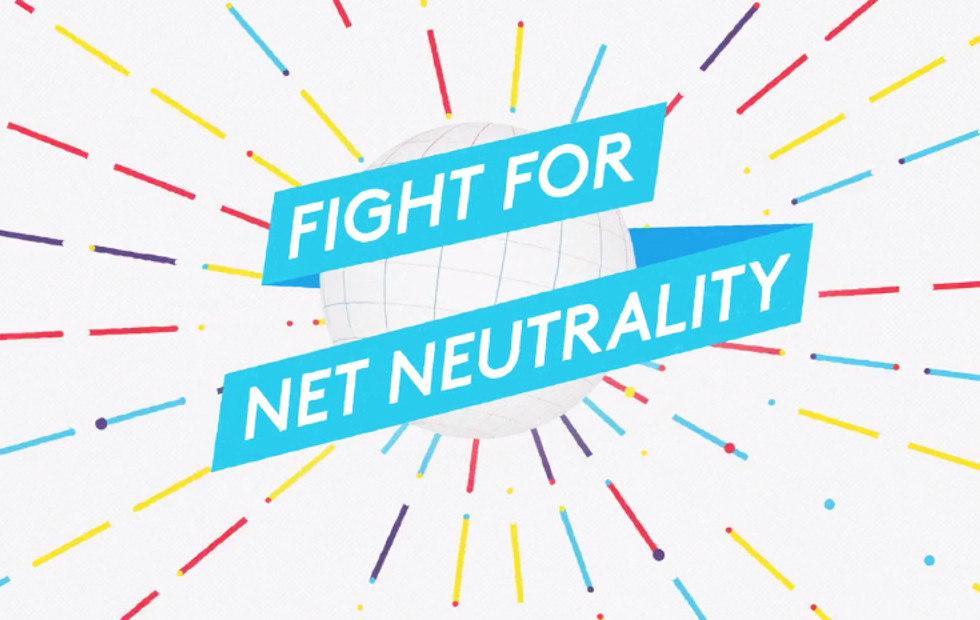 That fee, however, will eventually trickle down to users. If Netflix gets charged by carriers in order to get the widest and fastest network lines, Netflix will eventually pass on that cost to subscribers. In other words, subscription costs are guaranteed to go higher. And make no mistake, companies will pay for that special privilege, at least those that can afford it. That puts smaller companies and startups at a huge disadvantage. A competing service will be left on a slower, more congested lane because it doesn’t have the bank account that Netflix or Google has.

There is also the fear that ISPs can be used as instruments of government censorship and espionage. It’s not that difficult for government to “convince” carriers, especially after siding with them on this Net Neutrality debate, to seek out sources of dissent alongside shutting down venues for crime. It’s a worst case scenario that might already be familiar to some.

The price of innovation

On the other hand, Net Neutrality will also hurt the market in the long run, argue those rallying behind FCC chair Ajit Pai in this matter. Net Neutrality would stifle innovation in the Internet and networking space. How? By removing incentives for companies to innovate. Why? Because they aren’t going to profit as much.

Popular services that use up more bandwidth than normal place an undue stress to network infrastructure, infrastructure that providers have to maintain as well as develop. But why would they bother doing so when the only ones that benefit and profit in the long run are those services? Shouldn’t providers and network hardware manufacturers get their fair share of the pie for all the work and innovation they put in? Without that carrot, the horse won’t feel all that motivated to step forward.

That almost sounds like a veiled threat from some angles. Keep Net Neutrality and you might see innovation and even quality of service plummet. Net Neutrality advocate worry that the money ISPs and carriers earn from the “Netflix tax” might end up lining pockets instead of improving technology. They would argue that there hasn’t really been any significant innovation in that space, even before Net Neutrality became a thing, so what’s to say that will change if Net Neutrality rules do get revoked?

Some opponents of Net Neutrality have recently come out to say that they don’t oppose Net Neutrality at all. AT&T, Comcast, and Verizon have joined the pro Net Neutrality troops, saying that they’re all for an open Internet, one where companies like them won’t be allowed to block access to or throttle services on grounds given above. What they’re opposed to, however, is how Net Neutrality is currently enforced. 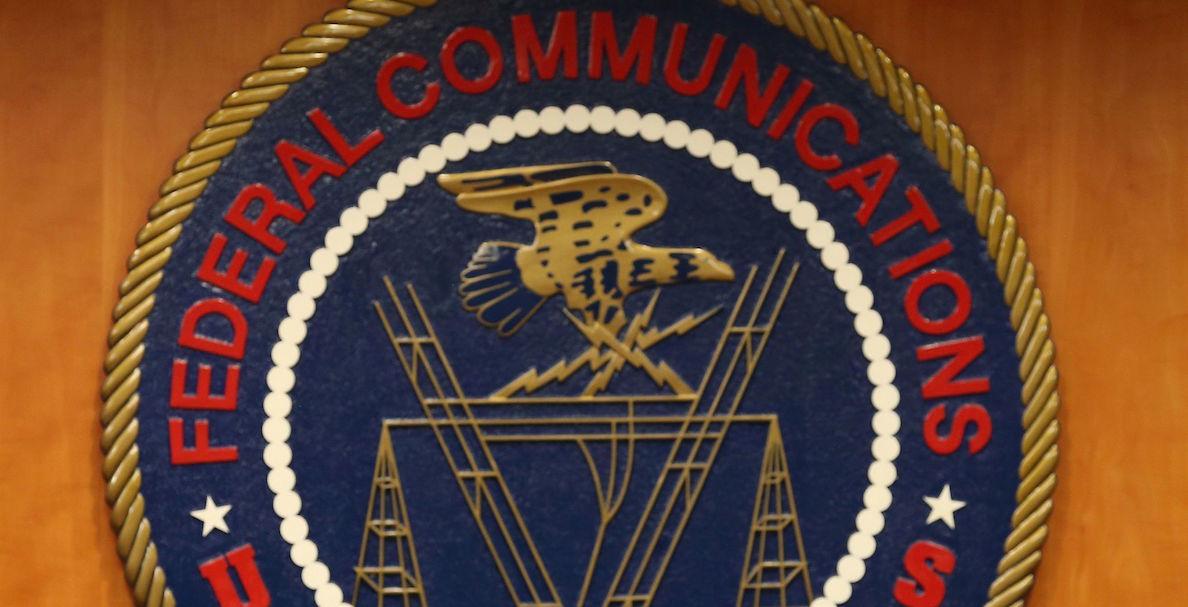 Under the Obama administration, the FCC re-classified ISPs as “common carriers” which gave the commission regulatory powers over them under Title II of Communications Act. The rules that have come out of that, argue ISPs, discourage investment. They also fear that regulating service providers would stifle competition and free market dynamics. AT&T and friends are, instead, arguing that it is on Congress to pass laws that would implement the principles of Net Neutrality, not government agencies.

Interestingly, Net Neutrality advocates are pushing for that as well, even if they don’t believe AT&T and Verizon have their hearts in it. Laws would be more permanent and less prone to being overturned by the next administration, as can already be seen now. The question is whether Congress will be able to pass such laws in a timely manner. An even bigger question is whether companies will use their deep pockets to influence the formulation of those laws. Given how ISPs and tech companies have strong lobbying powers, that’s pretty much a given already.

Who do you trust?

In theory and on principle, Net Neutrality is something everyone can agree on. Even those opposing it won’t deny that losing both customers and content providers is bad for business. In practice, Net Neutrality has failed to become permanent because neither side really trusts the other.

Proponents of net neutrality don’t trust companies to behave when they’re given nearly free reign. They believe, based on past behavior, that companies will take advantage of the situation for their profit. On the other hand, those pushing to have the current Net Neutrality laws taken down also don’t trust the government to be an impartial authority. Given recent events, they too have reason to be distrustful.

In the end, people will be people and even if the matter ends up and ends at Congress or even the Supreme Court, there will be no shortage of dissenting voices, whichever way it turns out. Nor will there be a shortage of casualties in a battle that doesn’t seem to have an end, and those casualties are often the consumers.