Some of you might be excited to hear that the NES Classic Edition is listed as in stock on Walmart’s website. Don’t be fooled, though: these aren’t the NES Classics you’re looking for. Instead, they’re listings from third-party sellers, not Walmart itself, and the price has been suitably gouged as a result.

In fact, if you were to buy from Walmart.com right now, you’d pay a whopping $259.99. That’s more than four times the standard retail price of $60 for the NES Classic. At that point, you’d be better off buying one from eBay, where most of the listings don’t even come close to $260. As cool as the NES Classic Edition is, it isn’t worth that much.

So what other options do you have? Luckily, there are a couple of retailers that have announced returning stock. If you’re in the midwest (meaning, in this case, Michigan, Illinois, Ohio, Indiana, or Kentucky), it may be worth checking with your local Meijer. The grocery store chain announced over Twitter that it will have limited quantities in stock beginning today. 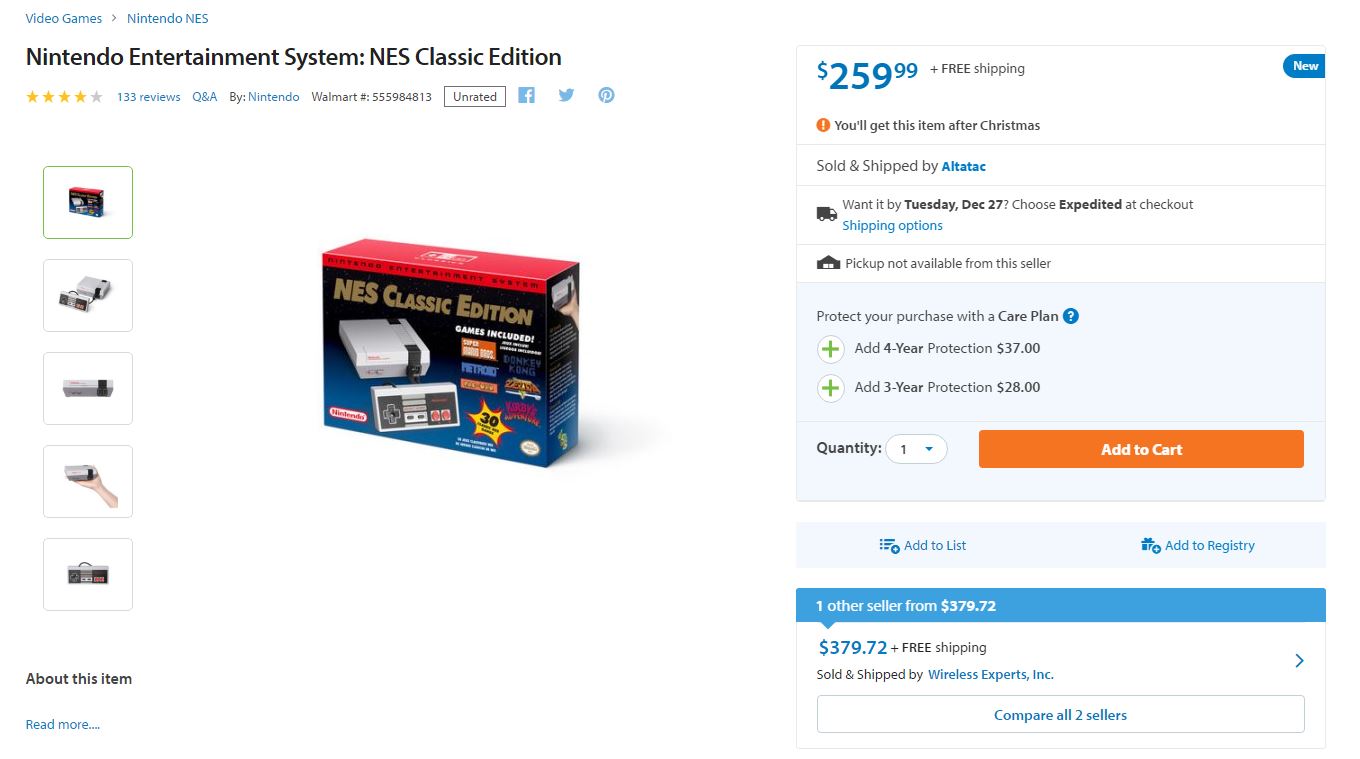 Today is also the last day that GameStop expects the NES Classic Edition to be in stock. Again, quantities are limited, and you’ll have to go to a store to stand any chance at picking one up. GameStop says this batch of NES Classics isn’t available online, so that means braving the flood of last-minute shoppers to potentially get one.

Hopefully the NES Classic Edition is more readily available once the holiday shopping season has come to a close. It’s proven to be one of the hottest items of the year, and it’s been nearly impossible to find since launching on November 11. Let’s just hope we don’t see a repeat of Wii-level stock shortages moving forward.