NEC has unveils three new desktop computers that use 3D technology and a couple of them don’t require expensive active 3D glasses. The first of the new 3D machines is the Valuestar L which is a high-end model using NVIDI A3D Vision. The machine has a 1920 x 1200 resolution screen measuring 23-inches with a 120Hz refresh rate. It supports 3D films and games.

The final machine is the Valuestar N with a smaller 20-inch LCD with a resolution of 1600 x 900. The machine includes passive 3D glasses and supports 3D films and games. The machine uses a Core i5-460M CPU, 4GB of RAM, 1.5TB of storage, and a Blu-ray drive. All of the machines will land in Japan on September 16. 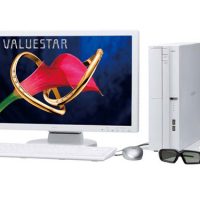 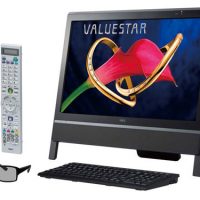 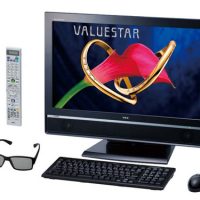