The team says that this is the most complete and detailed observation to date of the formaiton and dissipation of a naturally occurring comet outburst. Scientists Tony Farnham says that as comets orbit the sun, they pass through TESS’ field of view. In late 2018, 46P/Wirtanen was a high priority target for the team, and they decided to use its appearance in the TESS images as a test case to see what they could learn.

Normal comet activity is driven by sunlight vaporizing the ices near the surface nucleus, and the outflowing gases pull dust off the nucleus of the comet to form the coma. Comets are also known to have spontaneous outbursts that can significantly and temporarily increase the comet’s activity. The team says that it is unknown what causes these outbursts, but they are thought to be related to the conditions on its surface. 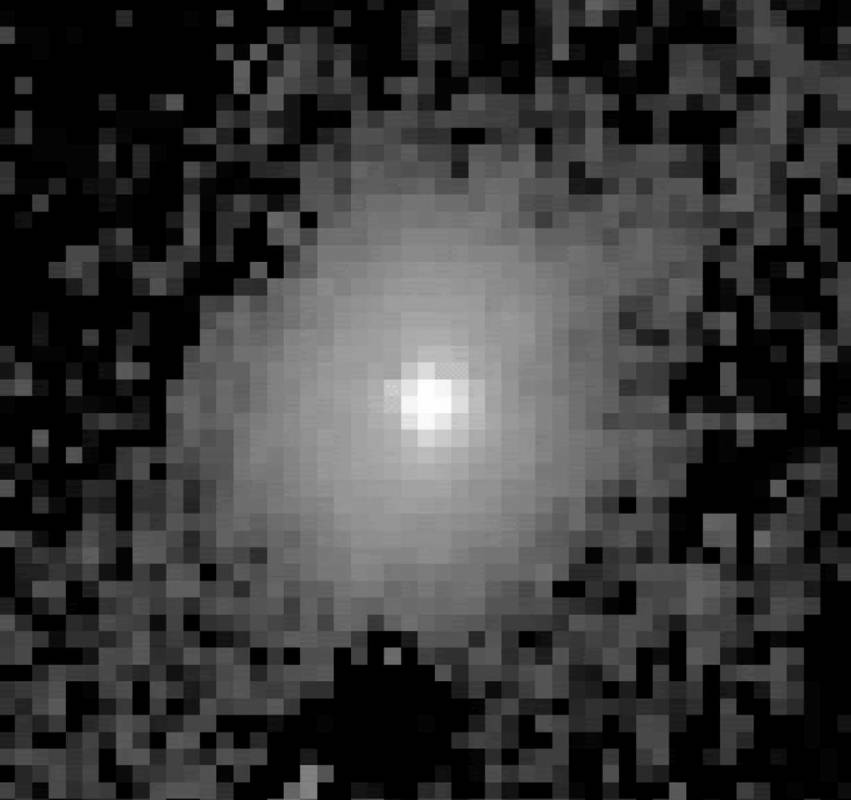 Among the hypothesized triggers include a thermal event where a heatwave penetrates a pocket of highly volatile ices. Capturing the outburst behavior, especially in the early brightening stages, is difficult, but the images can help understand the comet better. The closest approach to Earth for the comet came on December 16, 2018.

The outburst captured by TESS happened earlier in its approach, starting on September 26, 2018. The brightening occurred in two phases with an hour-long flash followed by a more gradual second stage that grew brighter for another eight hours. It took another two weeks for the comet to fade to normal after its brightest stage.