NASA has shared a couple new images of Ultima Thule, enabling the public to view the space object in 3D. An image is provided for viewers who have red-blue 3D glasses, as well as a stereoscopic image for viewers who don’t have a pair of 3D glasses available. Both help show the Kuiper Belt object’s unique shape, making it possible to visualize the image in 3D without a VR headset.

Ultima Thule was the target of NASA’s New Horizons spacecraft for the 2019 New Year’s flyby, which earned the space agency a new record. The object has been compared to a “snowman” due to its unusual shape and seemingly fused nature. NASA previously shared an image showing the object with a 3D twist, but new images build upon that with a true 3D look. 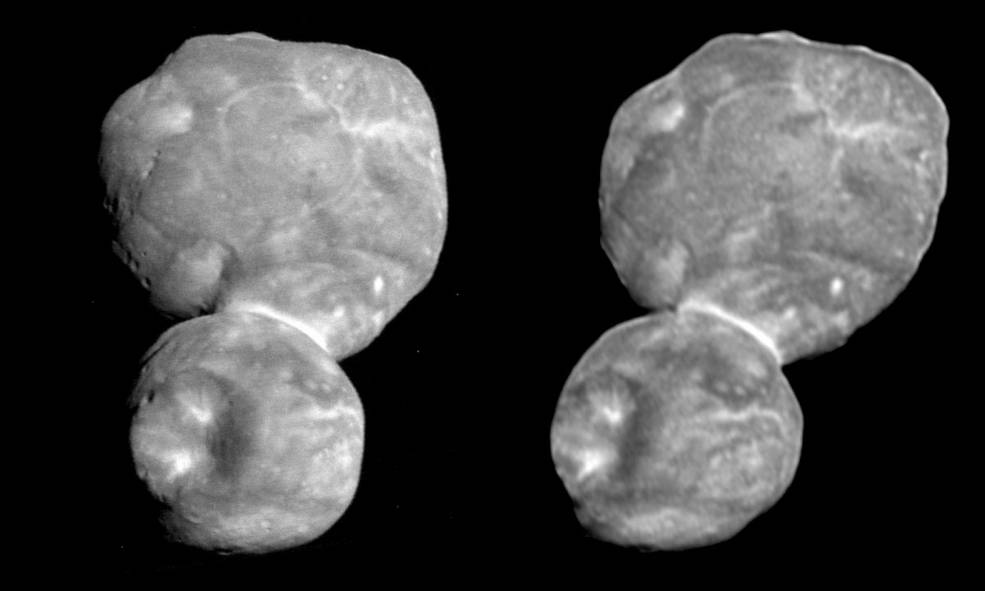 The two images show the Ultima Thule object from slightly different angles. When viewed together, the two angles fuse to give the appearance of a single 3D image. This is a binocular effect, simulating the two slightly different pictures each eye sees when looking at the world. The image above presents the 3D image when the user stares at it and crosses their eyes slightly, merging the two elements into a single image.

The images were captured in January using the New Horizons spacecraft’s Long-Range Reconnaissance Imager (LORRI) instrument from distances of 17,400 miles and 4,100 miles. One of the two Ultima Thule images has a notably lower quality — that image was taken at a closer distance than the other, according to NASA, but with a shorter exposure time.

Talking about the stereoscopic images is the mission’s Principal Investigator Alan Stern of Southwest Research Institute, who said:

These views provide a clearer picture of Ultima Thule’s overall shape, including the flattened shape of the large lobe, as well as the shape of individual topographic features such as the “neck” connecting the two lobes, the large depression on the smaller lobe, and hills and valleys on the larger lobe.