NASA’s TESS (Transiting Exoplanet Survey Satellite) performs the job of discovering distant planets orbiting other stars extremely well. It has discovered thousands of potential exoplanet candidates, and a number of those have been confirmed to be planets orbiting distant stars. In its latest discovery, TESS has found an exoplanet the size of Mars but similar to the composition of Mercury.

The planet orbits its host star extremely closely, and researchers from MIT say the new planet is among the lightest exoplanets ever discovered. The planet falls into a class called ultra-short-period (USP) planets, typically very small worlds orbiting stars at a very close range. USP planets typically complete an orbit around their star in less than 24 hours. How these planets formed and came to be in the orbits they inhabit is a mystery researchers are working to solve.

The new USP TESS has discovered is called GJ 367 b, and an entire year on the planet is only eight hours. While GJ 367 b is the size of Mars, it has about half the mass of Earth, making it one of the lightest exoplanets ever discovered. The star the planet orbits is 31 light-years away from the Sun. While that is a vast difference, it’s close enough on a cosmic scale that astronomers can divine properties of the planet that have been impossible with other USPs. 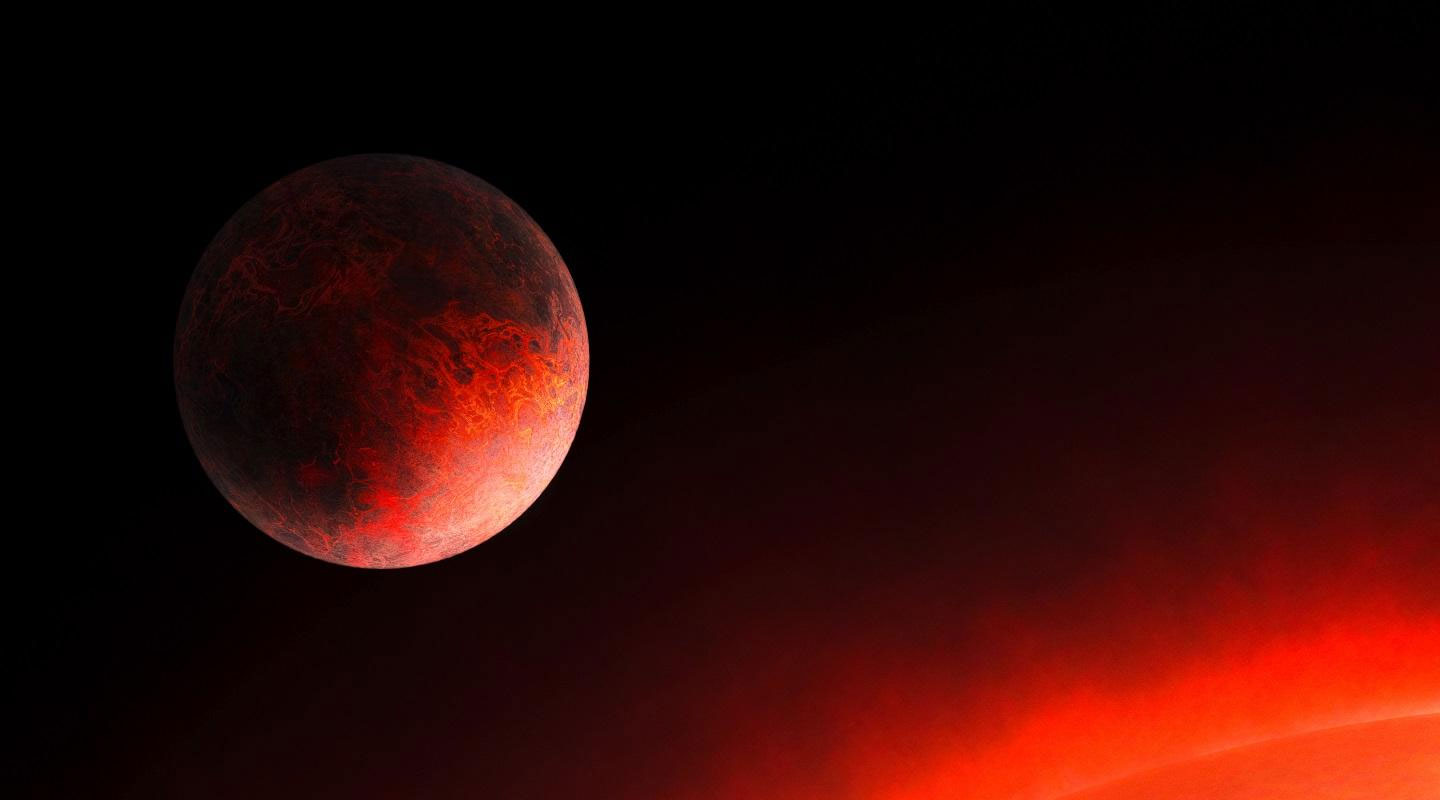 GJ 367 b is a rocky planet believed to contain a solid core composed of iron and nickel, similar to Mercury’s core. Because the planet is so close to its host star, researchers estimate the exoplanet’s surface is subjected to 500 times more radiation than the Earth receives from the Sun. The planet’s dayside is believed to be up to 1500 degrees Celsius. With such a scorching surface temperature, if the planet ever had an atmosphere, it would have been vaporized long ago.

While the planet is uninhabitable for life as we know it, researchers believe the star system could have additional planets with the potential for habitability. The star hosting GJ 367 b is a red dwarf, and stars of this type typically host multiple planets. Researchers hope learning more about this system will help them understand more about the origins of USPs.

MIT researcher George Ricker says the class of star GJ 367 b orbits would have a habitable zone somewhere around a month-long orbit. Since the star is relatively close and bright, it gives researchers on Earth a good chance to discover additional exoplanets orbiting the star.

Researchers from the German Aerospace Center (DLR) say GJ 367 b is among the lightest of the almost 5000 exoplanets known today. The planet has a diameter of just over 9000 kilometers. Researchers at the organization believe studying planets such as this is key to understanding how terrestrial planets form and evolve.

The planet was discovered using the transit method, which TESS was designed to utilize. While TESS discovered the planet orbiting its star, another instrument called HARPS aboard the European Southern Observatory 3.6m telescope was used to determine the planet’s mass. Using the instrument, researchers determined GJ 367 b has a radius that is 72 percent of the Earth’s and a mass that is 55 percent of the Earth’s. Those measurements were made with high precision. According to DLR researchers, the radius was measured with a precision of seven percent, while the mass has a precision of 14 percent.

While the planet is smaller in radius and mass than Earth, it is denser. The high density indicates the planet has an iron core, similar to Mercury. While the planet is believed to be rocky, its extremely high surface temperature means any rock or metal on the surface would be melted.

As previously mentioned, the star hosting GJ 367 b is a red dwarf. The star is called GJ 367, and it’s about half the size of the Sun. Red dwarf stars are smaller and cooler than the Sun, making it easier to discover and characterize planets orbiting them. Red dwarf stars are also extremely common, making them suitable for scientific research. Typically, stars of this type have an average of 2 to 3 planets orbiting.

While the surface of GJ 367 b is extremely hot at 1500 degrees Celsius, it’s very far from being the hottest exoplanet discovered. We talked about an exoplanet discovered classified as an ultrahot Jupiter orbiting its host star in 16 hours earlier this week. That exoplanet is estimated to have a surface temperature of close to 6000 degrees Fahrenheit, making it as hot as a small star.

Back in July, astronomers searching for exoplanets discovered one that has what appears to be a moon-forming disk around it. Scientists are keen to learn not only how exoplanets form but also how any satellites orbiting them form. Last month, another exoplanet was discovered orbiting a pair of stars. Circumbinary exoplanets had been theorized for years but had gone undiscovered until powerful instruments like the Kepler Space Telescope and TESS went into service. With those instruments, astronomers have detected 14 circumbinary exoplanets so far.

With thousands of potential exoplanets discovered, the search for more continues. In November, researchers from the University of Sydney, working with other institutions, proposed a mission to discover potentially habitable exoplanets orbiting Alpha Centauri.