NASA has checked another successful test off its list of work to finish ahead of the Mars 2020 spacecraft’s mission to the Red Planet. The space agency has given the public a look at the project’s team working on what NASA calls the descent-stage separation test, which involved using a crane to lift the large descent stage from the rover. The separation happened at the space agency’s Jet Propulsion Laboratory.

The Mars 2020 is a rover being developed by NASA, which plans to launch the vessel next summer if everything goes according to schedule. The July 2020 launch will make it possible to land the rover on Mars in February 2021, something that’ll involve, among other things, the rocket-powered descent stage. 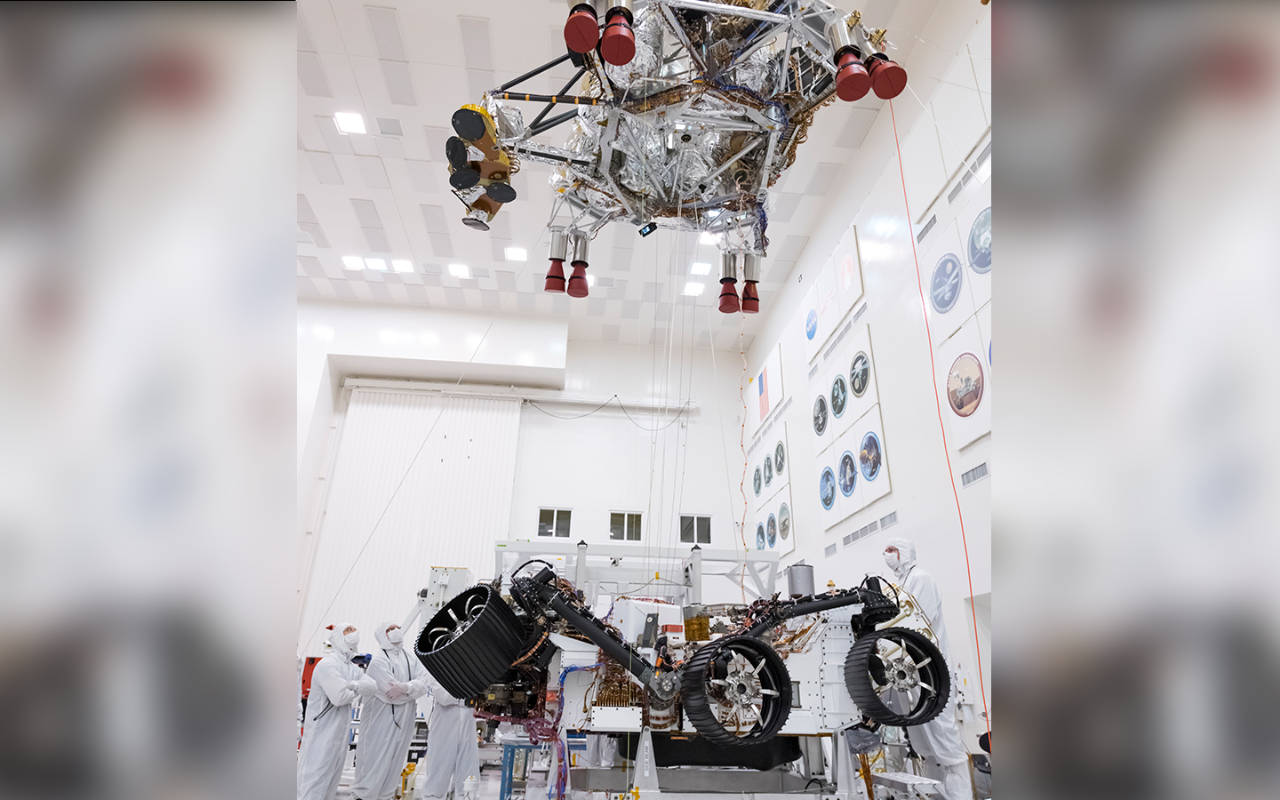 Among other things, NASA is testing the rover and its related systems in Mars-like conditions, subjecting it to the kind of temperatures and pressures it’ll experience when it officially arrives at the distant planet. Once all of these tests are completed, NASA will ship the descent stage and the rover to Cape Canaveral later this year.

Once the time for launch arrives, Mars 2020 will be sent on its way via United Launch Alliance’s Atlas V rocket from Cape Canaveral. The team plans to land the rover at Mars’ Jezero Crater on February 18, 2021 — this rover will be the first of its kind capable of accurately retargeting its touchdown location while landing, according to NASA.