China has been operating its Chang’e 4 mission for a while now and has so far shared much of the data with the world. As the Chang’e 4 and its Yutu-2 rover are at work on the ground, the NASA LRO (Lunar Reconnaissance Orbiter) is working in orbit above the moon. On January 30 the LRO made an orbit over the Von Karman crater, the landing site for the Chinese mission.

On its orbit over the site, LRO used its Lunar Reconnaissance Orbiter Camera (LROC) to snap images of the landing site. When the first picture here was taken, the LRO was 200 km over the landing site, and the Chang’e 4 lander was only a few pixels in size and the rover wasn’t seen. 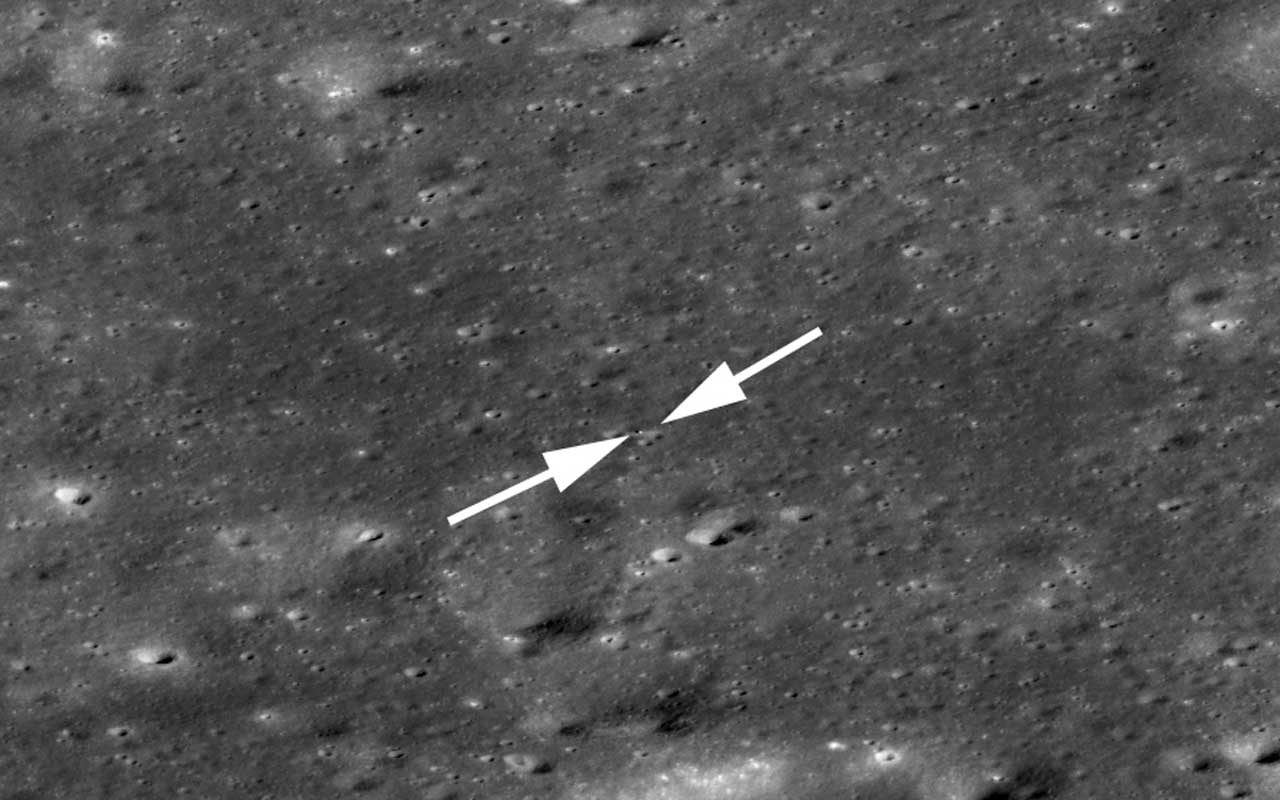 The following day, the LRO passed over closer to the landing site and snapped another image while slewed at an angle of 59-degrees. This image was close enough that the Chang’e 4 rover was seen as was the Yutu-2 rover. The rover was admittedly tiny; it was only two pixels according to NASA.

The space agency also notes that shadows cast by the lander and rover are visible as well. NASA notes that the images seem blocky because they were enlarged to make it easier to see the two vehicles. NASA also offered up an interesting factoid about Von Karaman crater.

The floor of the massive crater is festooned with smaller craters of different sizes. The floor of the crater is over 3 billion years old. NASA says that when an impact forms a new crater, the overall number of craters doesn’t grow. This is because the floor is so densely cratered that the creation of a fresh impact crater covers an old one.