There is only so much you can launch into space, much less land on planets like Mars. Space, weight, and budget all conspire against having more rolling laboratories roving the planet. Not that you’d want to depend solely on a rover either. Big and expensive, they are hardly qualified for cramped spaces and more treacherous terrain. Which is why NASA’s Jet Propulsion Laboratories or JPL has been developing a companion robot for rovers that would serve as research scouts. But to make them compact and lightweight, the engineers and scientists took inspiration from the foldable properties of paper.

Roboticists and engineers have turned to nature and simple materials to guide their designs for more sophisticated but also more efficient machines. From emulating the structure of wasp wings to imitating the way creatures crawl, scientists have learned that, sometimes, simpler is indeed better.

Although PUFFER sounds more like a kind of blowfish, it actually stands for Pop-Up Flat Folding Explorer Robot. It is based on a design by project manager Jaakko Karras, who had worked on applying origami design to robotics. While PUFFER will hardly resemble any beautiful and intricate papercraft, it uses similar principles in changing its shape to conserve space or adapt to certain needs. In other words, folding.

PUFFER is practically a flat circuit board flanked by two wheels and with a tail for balance. The first iteration actually used four wheels but it was determined later on that two bigger wheels were more than enough. The wheels fold over the body just enough so that it could roll into tight spaces. That same trick could be used when storing the PUFFER on a rover. 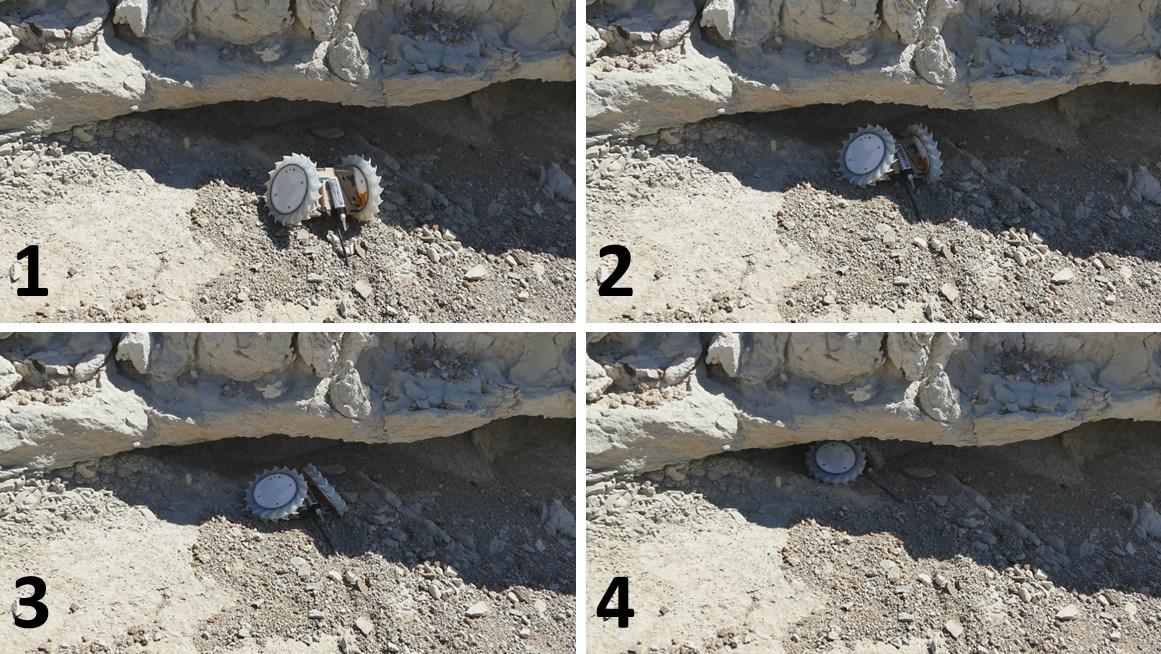 The idea is that a Rover could carry one or more PUFFERs during a mission. These PUFFERs would then be deployed to explore on their own while the Rover does its own thing. The treaded wheels of the smaller robots allow it to climb up or down slopes and go over terrain to dangerous for the more expensive rover. There is still much work to be done, however, like making PUFFER smarter, more autonomous, and also a lot larger than your hand.