NASA is giving its VIPER lunar rover a pair of car-like floodlights that resemble the kind you may mount on your truck or Jeep for off-roading at night. The floodlights will be used to illuminate the darkest parts of the Moon, enabling the VIPER rover to hunt for water in places it would otherwise struggle to see. NASA has shown off one of its floodlight prototypes ahead of the mission.

NASA explains that its VIPER team has been testing a variety of LED-based lighting systems designed for use on the coldest, darkest parts of the Moon, something that will be necessary for the rover to navigate itself across the otherwise essentially invisible landscape in search of water. 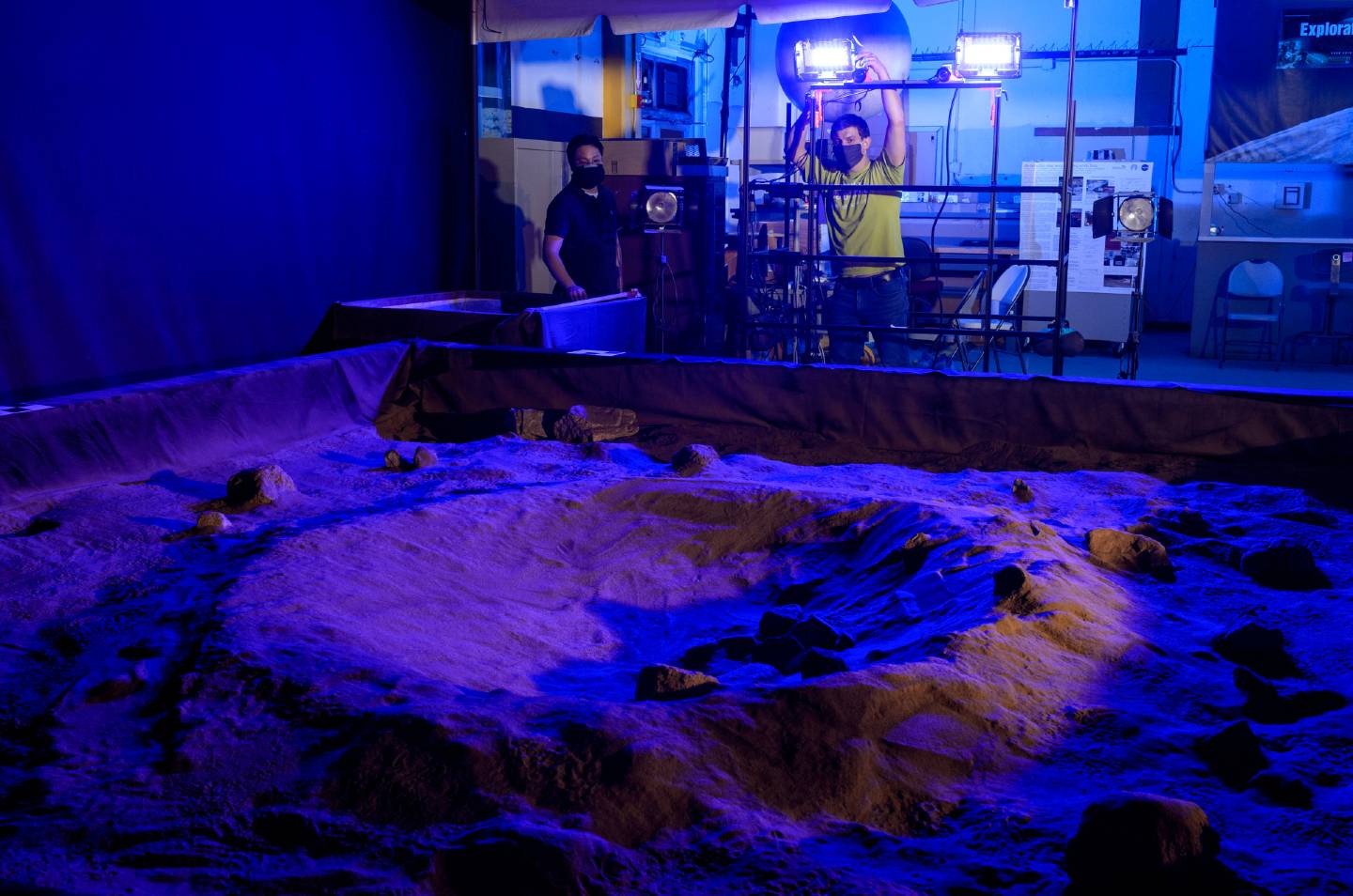 Different wavelengths are being explored as part of this effort, including the bright blue floodlights revealed in NASA’s newly shared testing images. The lights will need to work optimally for VIPER’s optical system, which includes various cameras mounted on the rover that, among other things, will help it navigate around boulders and avoid falling down into deep Moon craters.

The work is currently taking place at NASA’s Ames Research Center, but the findings will eventually be shuttled over to researchers at the Johnson Space Center, the place where the final floodlights for the rover will be built. This will be the first time a lighting system was been deployed on a rover, according to NASA, which created a high-quality simulation of the Moon’s surface for testing.

Ultimately, these car-like floodlights are a necessary component that will include LED arrays and the same sort of light adjustment (high beams, etc.) as found on cars. Up to six lights will be available to the rover, will be able to control each one individually based on its current needs.