NASA has announced that it has used a French space laser for a novel purpose. That purpose was to measure the massive migration of ocean animals. The space-based laser that the team used is the CALIPSO lidar. It was leveraged to measure the vast animal migration that happens daily from the countless small sea creatures in the Earth’s oceans.

CALIPSO stands for Cloud-Aerosol Lidar and Infrared Pathfinder Satellite Observations. The instrument is a joint venture between NASA and Centre National d’Etudes Spatiales. The study looks at a phenomenon called Diel Vertical Migration (DVM), where small sea creatures swim from the ocean depths up to the surface at night to feed. 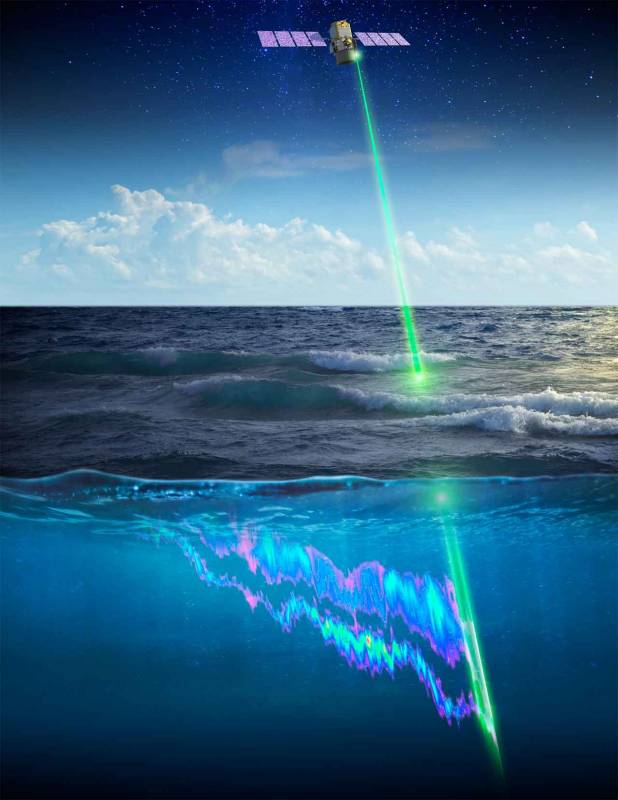 When they are at depth, the carbon is defecated, leaving it trapped in the deep ocean rather than returned to the atmosphere. Using the lidar in space allowed the scientists to sample the migrating animals on a global scale every 16 days for a decade. The team found that in tropical and subtropical ocean regions, there are fewer vertically migrating animals in the lower-nutrient and clearer waters.

In murkier, more nutrient-rich regions, the small animals that perform DVM are greater. The team does report observed long-term changes in the populations of migrating animals, thought to be driven by climate change. From 2008 to 2017, CALIPSO data showed an increase in migrating animal biomass in the subtropical waters of the North and South Pacific, North Atlantic, and South Indian oceans. Biomass decreased in tropical regions and the North Atlantic. The changes corresponded with phytoplankton production in all but the tropical Atlantic regions. The laser used was designed to measure clouds and atmospheric aerosols but can penetrate the upper 20 meters of the ocean.