NASA has released a new photograph taken by its New Horizons spacecraft that shows what researchers believe is a cryovolcano — that is, an ice volcano — on Pluto. The image was taken last summer and shows a part of Pluto known as Wright Mons. NASA points toward a number of intriguing features that hint at active volcanoes in Pluto’s past — the volcano spotted this time around is one of a possible pair.

According to the space agency, Wright Mons measures about 90 miles from one side to the other and is about 2.5 miles high. Whether this region is an ice volcano isn’t confirmed, but is suspected, and if such suspicion proves true, NASA says it would be the biggest of its kind found in the outer solar system. 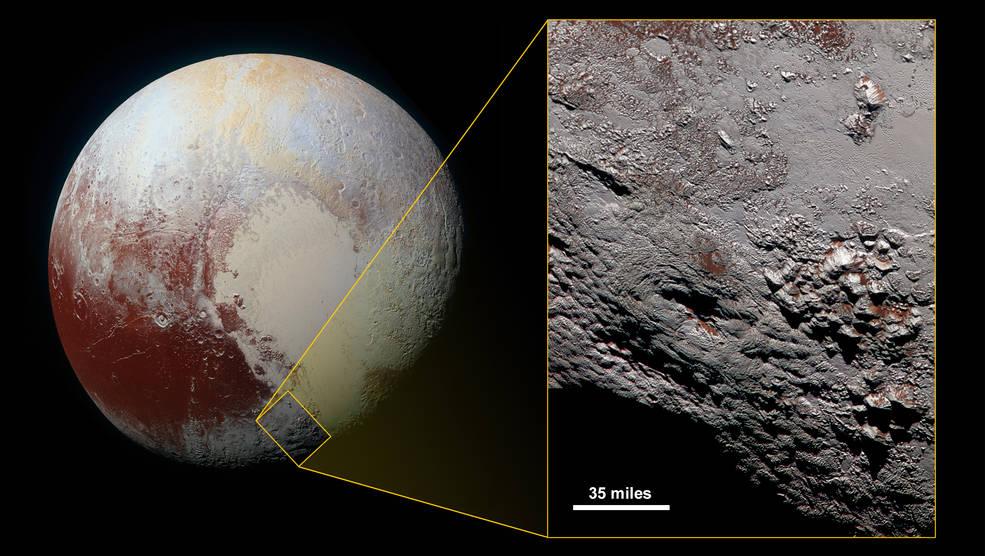 Features that caught researchers’ attention include the relative lack of red surface in that region, and likewise the singular existence of one impact crater within Wright Mons — something that indicates that region, relatively speaking, was formed not too long ago.

If Wright Mons was formed in the relatively recent past, that could mean the region was volcanically active as some point in the nearer part of Pluto’s history. A high-resolution version of the image above is available here.