Days after officials in India provided additional details on the fate of the nation’s Vikram lunar lander, NASA has shared a series of images that confirm the vehicle crashed onto the Moon’s surface. The lander’s impact site looks like a dark shadow on the pocked lunar surface; NASA has generated an animation showing the before and after images to help the public understand what they’re seeing.

Late last month, the Indian government revealed that its failed lunar lander did indeed crash on the Moon’s surface in early September. The wreck was caused by an issue with the braking system, which forced the lander to slow down too much in the second phase of the descent. This change in velocity caused the lander to ‘hard land’ within 1,640ft of the intended site, but the impact was severe and the vehicle did not survive.

In its own post on the topic shared today, NASA presented a few images that show the lander’s impact site on the Moon, as well as the debris field surrounding it. To help the public make sense of the image, NASA used green dots to identify spots where the spacecraft debris is located and blue dots to show where the soil was disturbed by the crash landing. 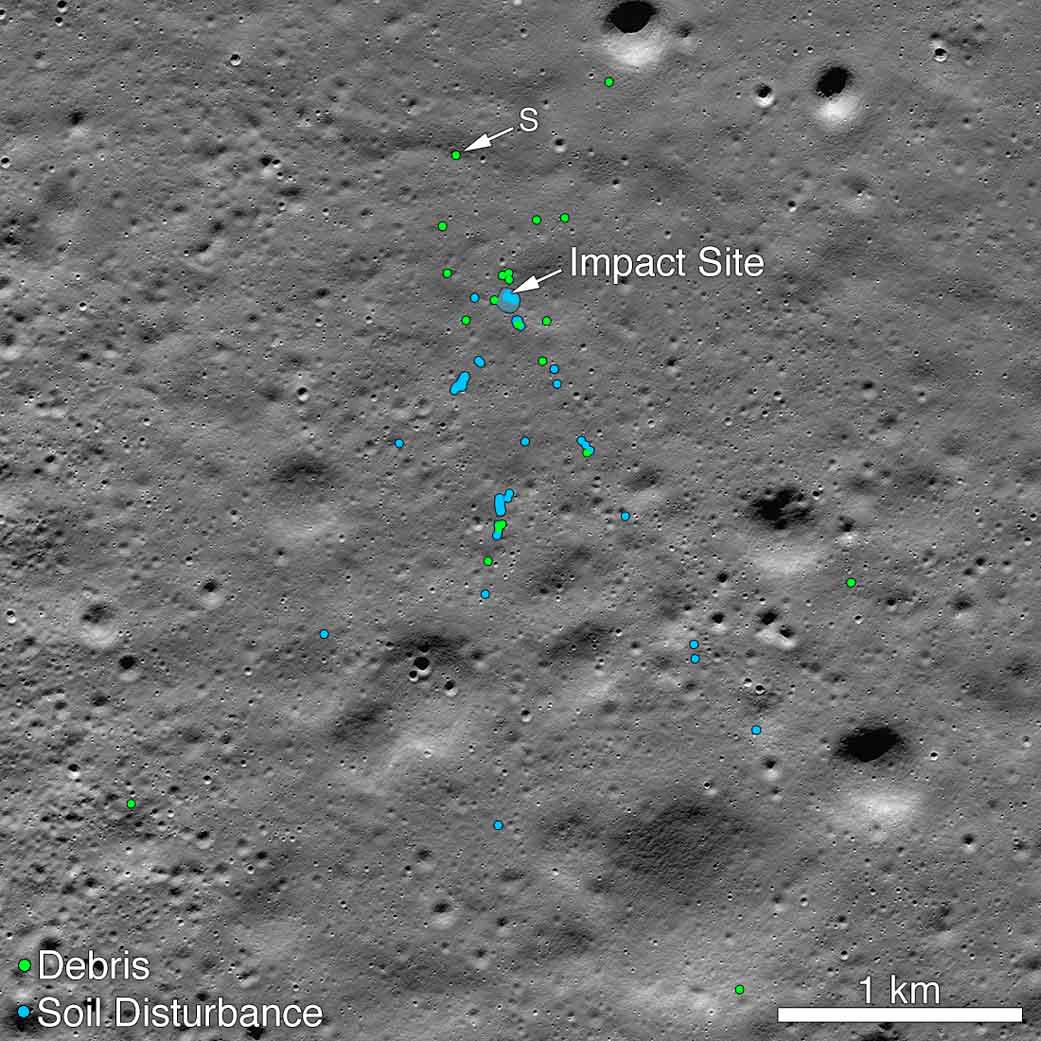 ‘Despite the loss, getting that close to the surface was an amazing achievement,’ NASA said in a statement about the lost lander.

The space agency says that its Lunar Reconnaissance Orbiter Camera team released a mosaic of the region that was captured on September 17. The release spurred people to search the mosaic for any hints of Vikram, which was eventually first identified by Shanmuga Subramanian.

The LROC team was alerted to the discovery and soon after confirmed that it was accurate. The debris is difficult to identify, so NASA has released images with altered lighting that help highlight the change in the landscape. A high-resolution animated GIF makes the contrast readily apparent.