After dodging a deadly eclipse, NASA’s Juno spacecraft made a surprising discovery: there’s another cyclone on Jupiter and it’s about the size of Texas. The cyclone is located at the planet’s south pole, joining another six similar storms all clustered in the region. The cyclone was spotted on November 3 during the spacecraft’s 22nd flyby more than three years after the mission launched.

Juno is a solar-powered spacecraft, meaning it depends on sunlight to continue operating. NASA says the team behind the mission realized weeks ago that Juno’s orbit was going to take it into Jupiter’s shadow, which would have likely killed the spacecraft due to an inability to keep it warm.

The spacecraft lives on, however, due to quick thinking and the development of an entirely new solution that allowed Juno to ‘jump’ the shadow. Just on the other side of this lifesaving maneuver came the new cyclone discovery, rewarding the team for their efforts. 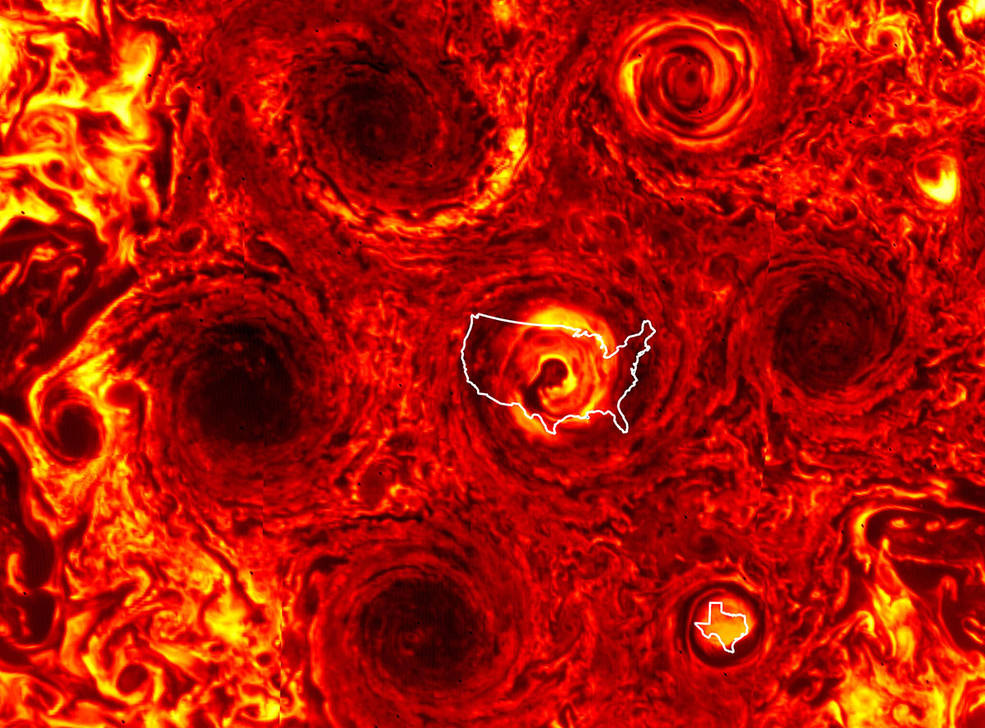 Way back in July 2016, Juno made its initial cyclone discovery: there are six cyclones located at the planet’s south pole and nine at its north pole. Researchers had many questions about these spinning storms, such as whether these spinning events are essentially permanent or if they’ll dissipate.

Years later, the cyclones are still present and NASA has added a seventh one to the list. This newly discovered cyclone is bigger than Texas, but that makes it small compared to its siblings. As the image above shows, some of the other storms are around the size of the entire United States, making them massive beyond anything we’ve seen on our own planet.