The Midwestern states have been slammed with storms in recent days leading to massive flooding in many areas. While the floods are tragic, the rain’s overall effect on the Midwest landscape is stunning. New NASA photos of Earth taken from space show multiple Midwestern states covered in a thick blanket of bright green leaves and grass, covering the center of the country with a huge swath of fertile, robust vegetation. The photos hint at a promising summer as far as crop growth is concerned.

In the event you neither live in the Midwest nor watch the news, know this: a series of storms have slammed regions spanning from the southern states up through the central Midwest and to the upper Great Lakes region. These storms lasted from April 29 to May 1 and resulted in severe flooding in some places, plus the existence of tornadoes at times and in some instances even heavy snow. 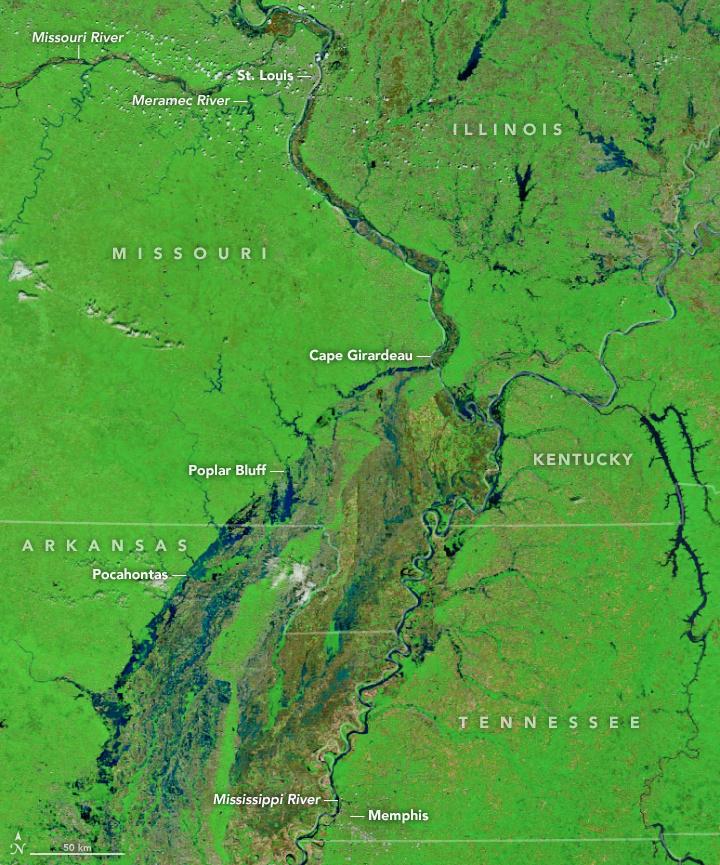 According to NASA, some regions saw as much as 9-inches of rainfall in just a few days, and flooding has become pronounced along the Mississippi River. Using the space agency’s own Terra satellite as well as the Moderate Imaging Spectroradiometer (MODIS) tool, NASA took photos of these regions and made them available alongside images taken just before the storms started.

The photos show forests and live vegetation as green regions, low-vegetation regions as brown spots, and water as blue/black masses. It’s hard to tell just how extensive the flooding is from the photos, but it is severe regardless. According to the National Weather Service, the Black River in Arkansas hit a new record height of 29ft, while Missouri’s Meramec River reached a bit over 43ft.