NASA has spent years investigating Mars up close and personal with its various rovers and spacecraft, the latter of which includes the Mars Reconnaissance Orbiter (MRO). This spacecraft orbits Mars, using onboard cameras to snap images of the Red Planet below. This has resulted in a huge number of images, some of which are so strikingly beautiful that they look like art. NASA is showing off some of the best of these images and anyone can download them.

Because NASA’s missions are funded with public money, the resulting content is public domain and made available for anyone to browse, download, and remix (in most cases). The agency maintains many online databases of content from various spacecraft and rovers that are updated on a regular basis, but much of the content is blurry and uninteresting, particularly the ones that haven’t been post-processed to include colors and better lighting/contrast.

Many amateur astrophotographers and general space enthusiasts spend their time picking through these images and editing the ones that catch their eye, providing the public with many interesting galleries to browse. NASA itself regularly processes and publishes particularly striking images, as well, the latest example arriving today, August 12. 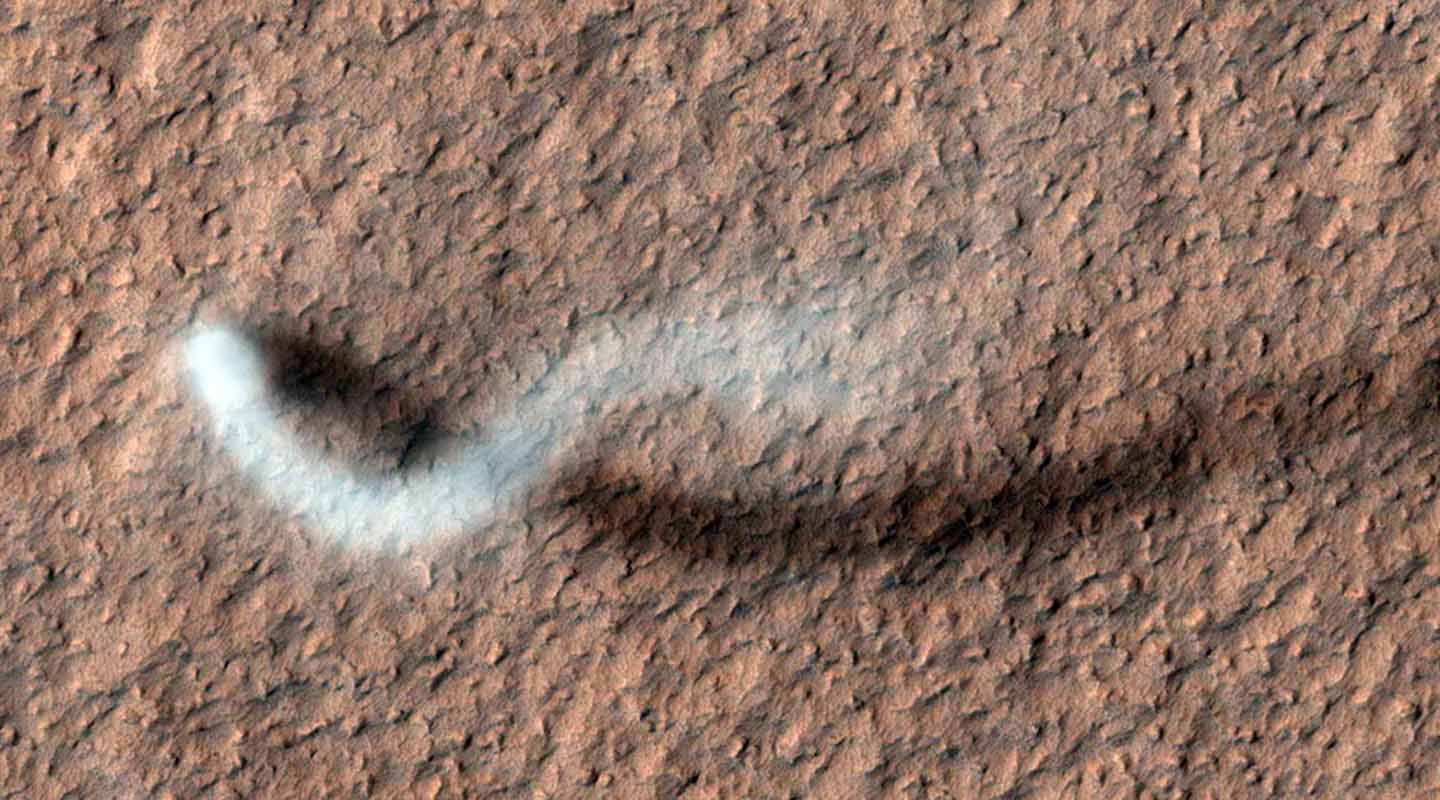 A ‘dust devil’ was captured snaking across the Martian surface.

In celebration of the Mars Reconnaise Orbiter’s 15th anniversary, NASA has published a selection of images it has captured that are particularly noteworthy, ones providing unusual, stunning looks at the Red Planet and its environment.

These images were captured using three cameras on the spacecraft, including a fisheye camera called Mars Color Imager, a landscape camera called Context Camera, and the best-known instrument, its High-Resolution Imaging Science Experiment (HiRISE) camera behind many of the best photos. 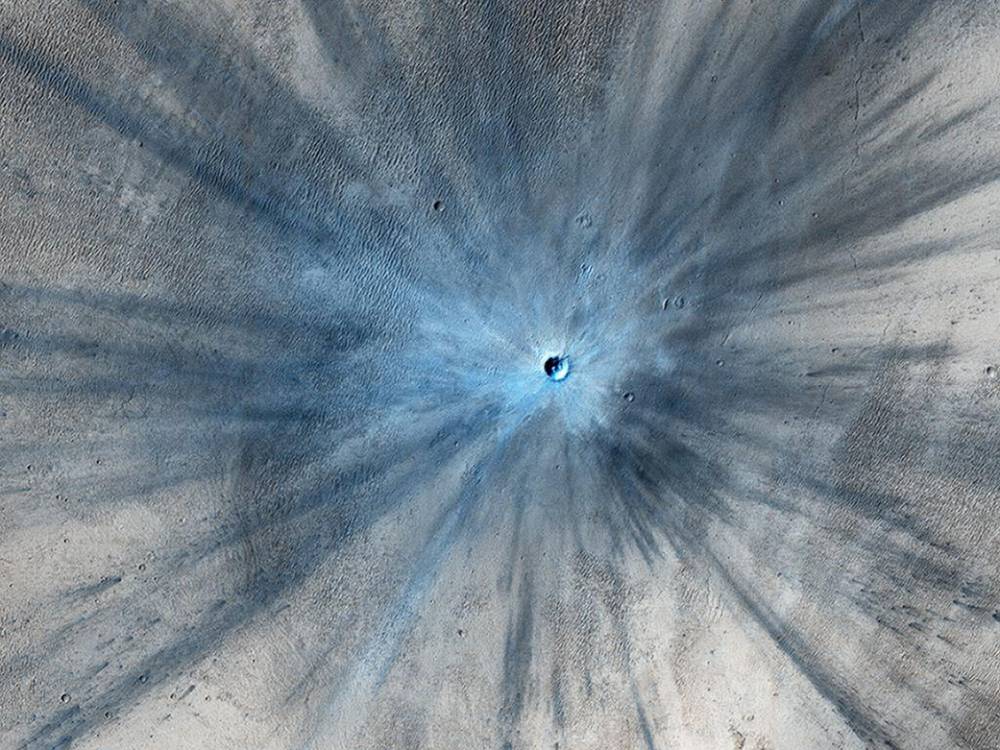 The impact crater and blast zone left behind by a meteor.

The HiRISE camera, as its name suggests, not only capable of capturing high-resolution color images — it also features a zoom function that allows it to zero in on interesting phenomena and terrain. As a result, NASA has been able to share some amazing otherworldly images with humanity, including pictures of Martian dust devils, avalanches, impact craters, and even the NASA rovers rolling around Mars. 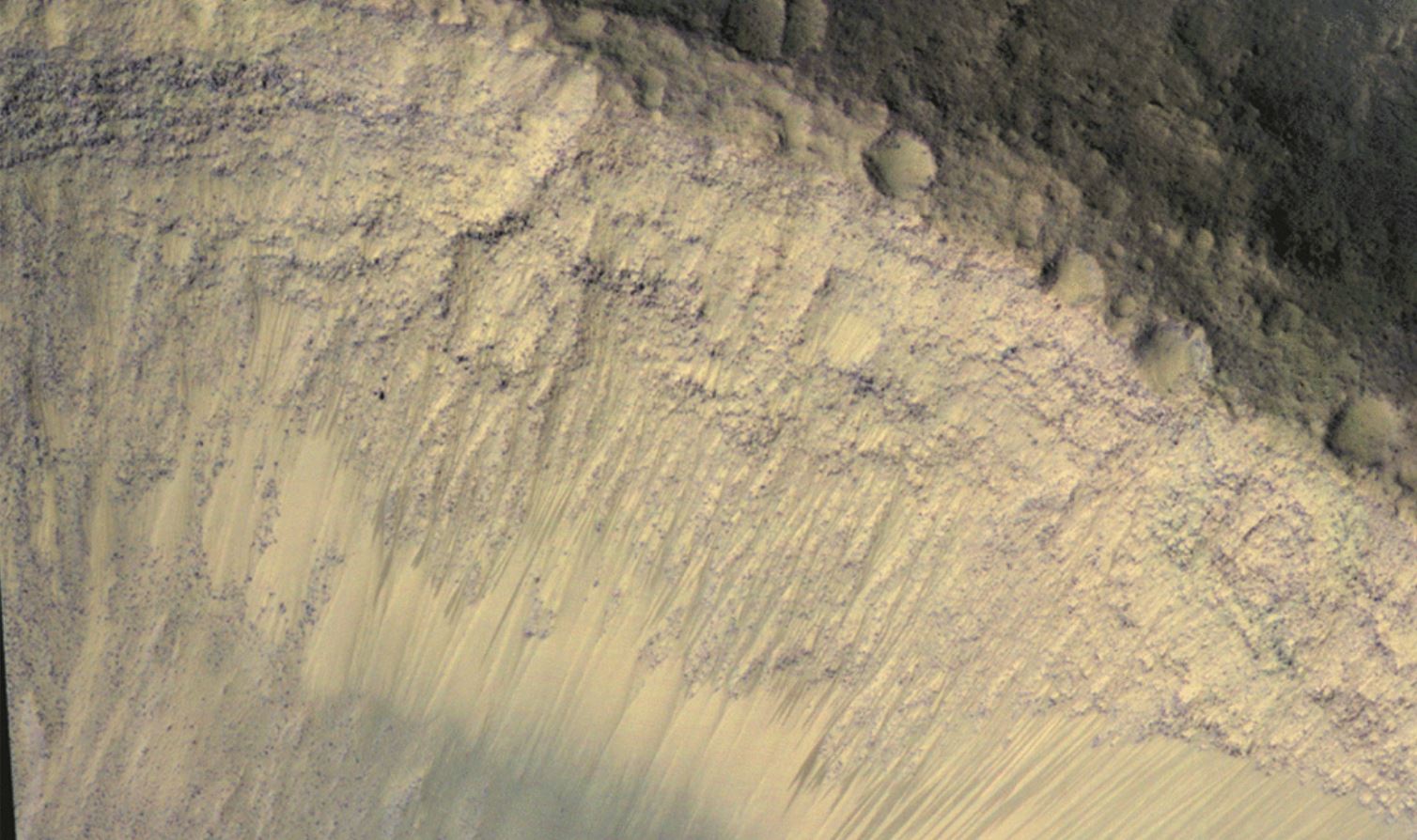