The canyon is known as Valles Marineris, and it’s a deep and vast canyon system runs more than 2500 miles along the equator of Mars. The massive canyon system spans nearly 25 percent of the entire circumference of Mars. To put that in perspective, compared to the Grand Canyon, Valles Marineris is almost ten times longer and three times deeper.

The new images were snapped using the High Resolution Imaging Science Experiment (HiRISE) camera aboard the Mars Reconnaissance Orbiter. One of the great mysteries about Mars is how exactly such a massive canyon system formed. On Earth, the Grand Canyon was formed over billions of years by flowing water.

NASA says that Mars is too hot and dry to have ever had a river large enough two cut through its crust and create the massive canyon system. The ESA says there is evidence that flowing water could have deepened some of the canyons existing channels hundreds of millions of years ago. 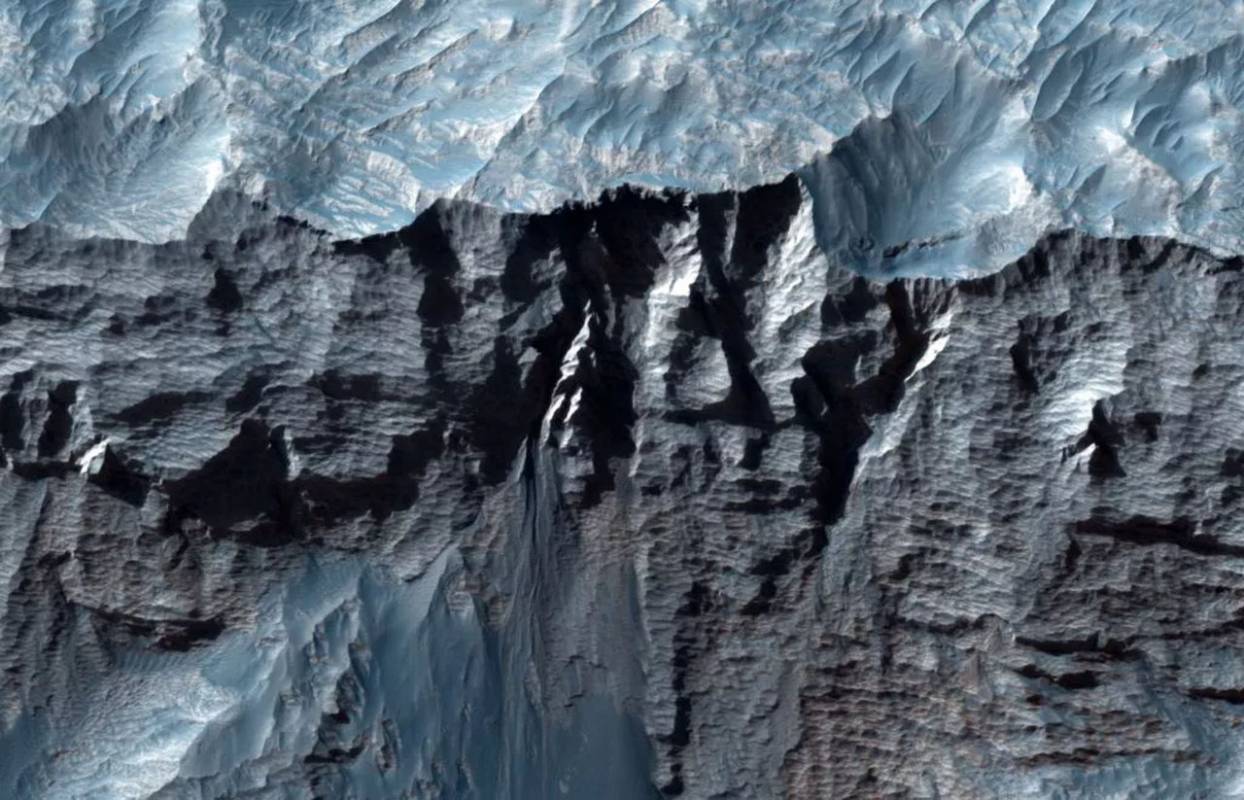 Scientists believe the majority of the canyon likely cracked open billions of years ago when a nearby supergroup of volcanoes known as the Tharsis region was first jutting from the Martian soil. Magma bubbling up beneath the massive volcanoes, including Olympus Mons, could have stretched and ripped the crust, which finally collapsed into the troughs and valleys that make up Valles Marineris today. Evidence suggests the Canyon system was further sculpted by landslides, magma flow, and ancient rivers after their formation.