NASA has shared an interesting new image to celebrate the anniversary of the Mars Odyssey orbiter. The Mars Odyssey orbiter isn’t one we hear much from today, but it’s been orbiting the Red Planet for 20 years. The image, which can be seen below, is a false-colored image that shows a sea of blue sand dunes and yellow wind-sculpted lines on the surface of Mars.

The image was released last Thursday and shows the lines in dunes near the northern polar cap of Mars. The image captures a roughly 19-mile wide section of the sea of dunes on the surface of Mars. However, the entire area of sand dunes on the planet is approximately as large as Texas. The image is in false color, so the colors actually represent temperatures.

The blue color represents cooler temperatures, with yellow marking out areas of the dunes warmed by the sun. With photo was created using a combination of images captured by the Mars Odyssey Thermal Emission Imaging System. The images were captured between December 2002 and November 2004 but only now shared to celebrate the anniversary of the orbiter.

Mars Odyssey orbits Mars using its thermal imager to detect evidence of water and ice on the planet. It was launched in 2001 and is now being longest-working Mars spacecraft in history. The most recent inhabitant of Mars is the Perseverance rover and the Ingenuity helicopter. 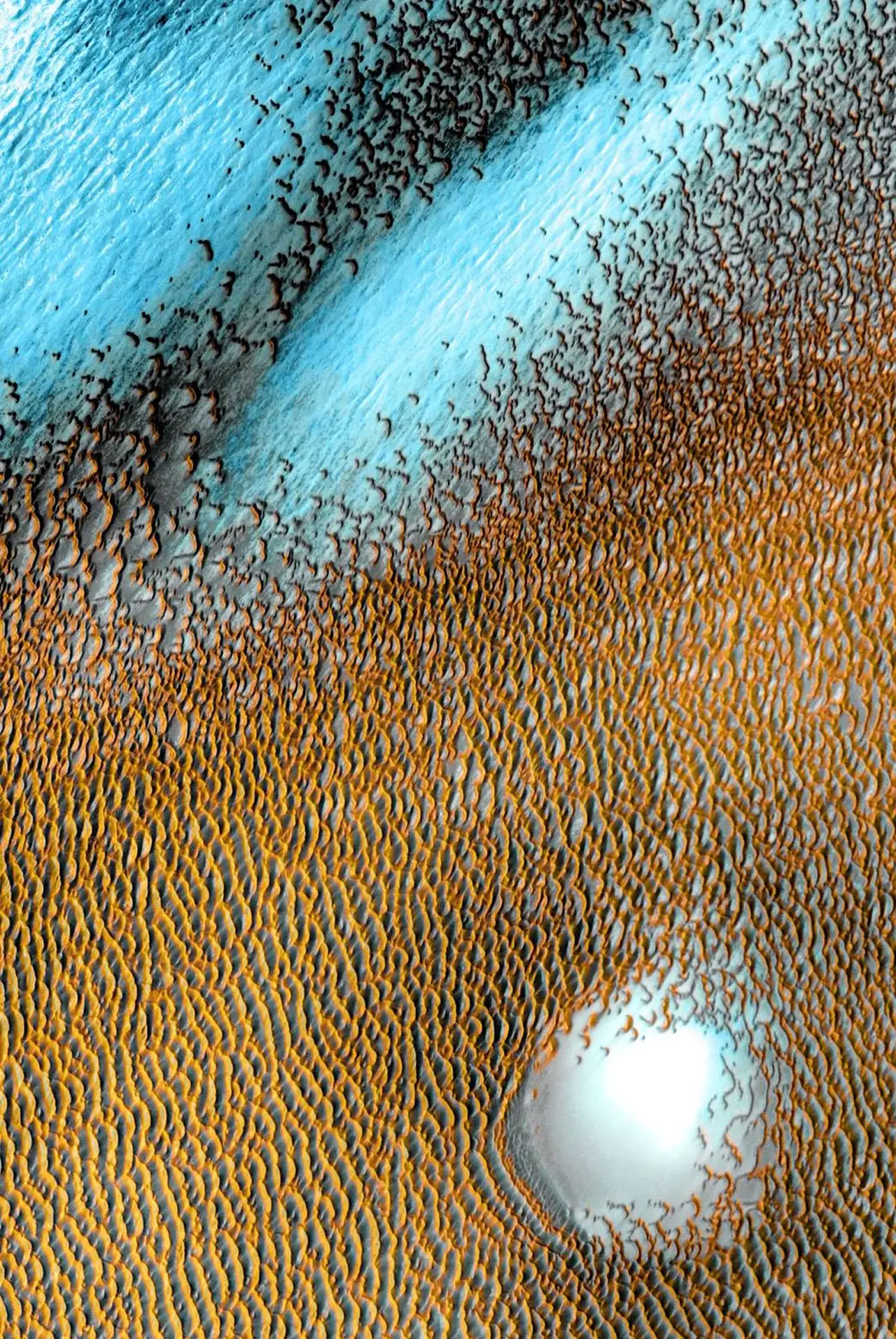 Perseverance landed on the Red Planet earlier this year and is currently conducting investigations looking for evidence of ancient life. NASA is also gearing up for the first test flight for the Ingenuity helicopter, which was delayed due to an error message during preparations for the flight test. That flight will happen no earlier than April 14.