The Hubble Space Telescope is currently not working due to a hardware failure NASA has been unable to repair. Despite its nonfunctional nature at this time, NASA is still sharing some of the beautiful images the iconic telescope has taken. One image can be seen below in cropped form, with the full image further down in the story. The image shows a pair of enormous galaxies that immediately capture your attention.

The image was taken by Hubble using the Wide Field Camera 3 instrument. The galaxy on the left is a lenticular galaxy called 2MASX J03193743+413758. A lenticular galaxy is an intermediate type of galaxy that falls between an elliptical and spiral galaxy in morphological classification schemes. Galaxies of this type have a large-scale disc but no spiral arms which are the iconic indication of a spiral galaxy such as the Milky Way.

The side-on spiral galaxy on the right is named UGC 2665. Both galaxies are 350 million light-years from Earth, and both are part of the Perseus galaxy cluster. The galaxy cluster is one of the largest objects in the known universe and consists of thousands of galaxies. Looking at the image, it’s easy to see multiple galaxies, but only a few of those in the cluster are viewable in this image.

NASA says the detail in the image is thanks to the Wide Field Camera 3’s resolution and sensitivity to visible and near-infrared light. The image consists of both types of light. If NASA cannot repair the Hubble Space Telescope, iconic images such as this will be no more until the James Webb Space Telescope is in orbit. 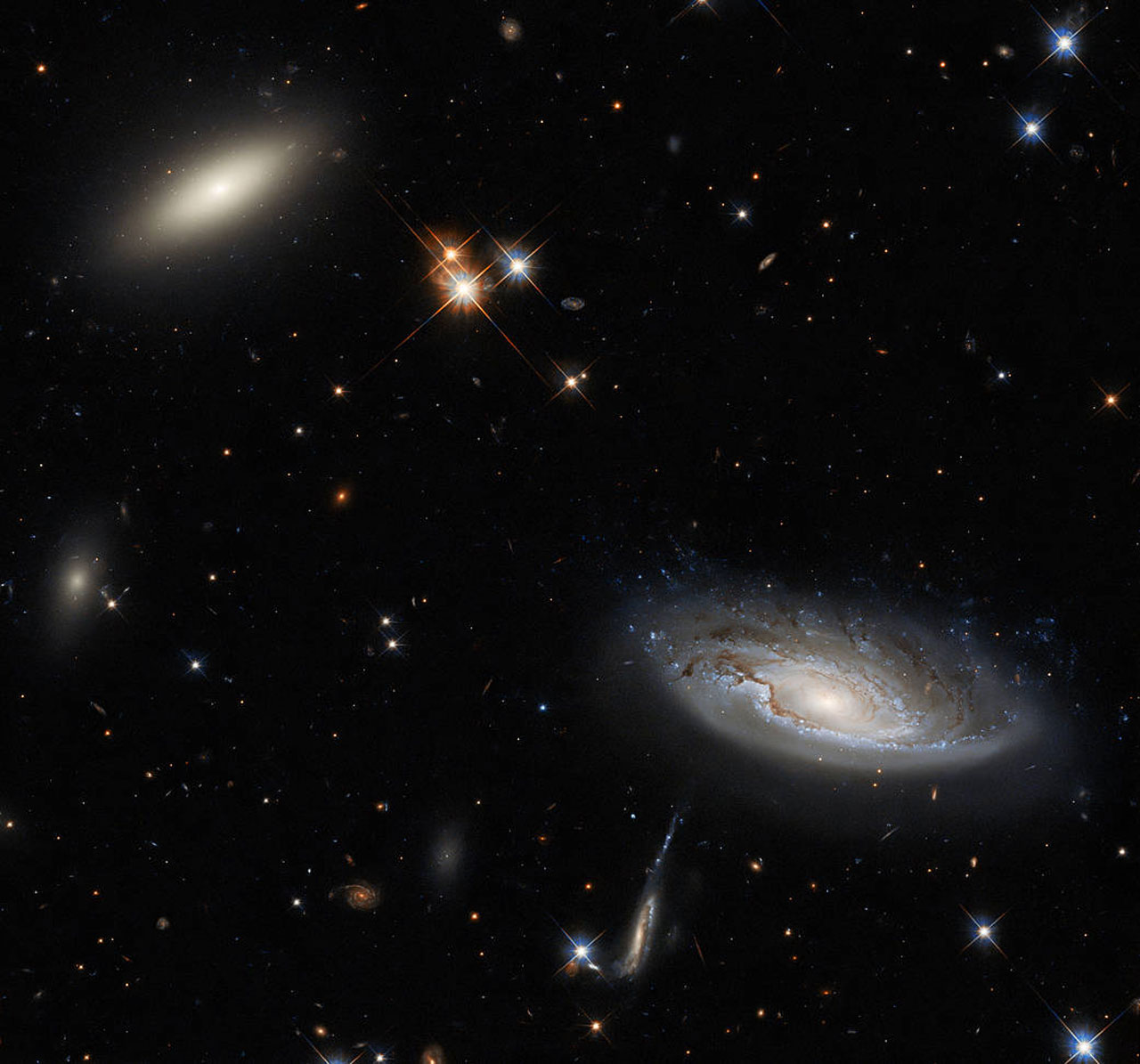 Hubble has suffered significant hardware failures in its life. Most notably, when the space shuttle was active, a mission to repair the telescope was undertaken. Unfortunately, NASA has no way to do something similar to repair Hubble this time.