Scientists at NASA sit around and think of things they want to know, and the cool part for them is that they often have access to data to figure out the answers to those questions. One question that NASA has been trying to answer is how much our entire galaxy weighs. To come to the latest estimate on the weight of the Milky Way, NASA relied on data from the Hubble Space Telescope and the ESA Gaia satellite.

The number that NASA came up with is that the Milky Way weighs in at 1.5 trillion solar masses. One solar mass is the mass of our Sun. One of the interesting factoids that NASA has offered up about its mass estimate is that only a tiny percentage of the Milky Way’s mass is attributed to the approximately 200 billion stars in the galaxy.

That tiny portion of weight also includes the gigantic 4-million-solar-mass supermassive black hole at the center of the Milky Way. The vast majority of the weight of our galaxy is dark matter. Dark matter is an invisible and mysterious substance that is described as a sort of scaffolding distributed throughout the universe that keeps the stars in their galaxies. 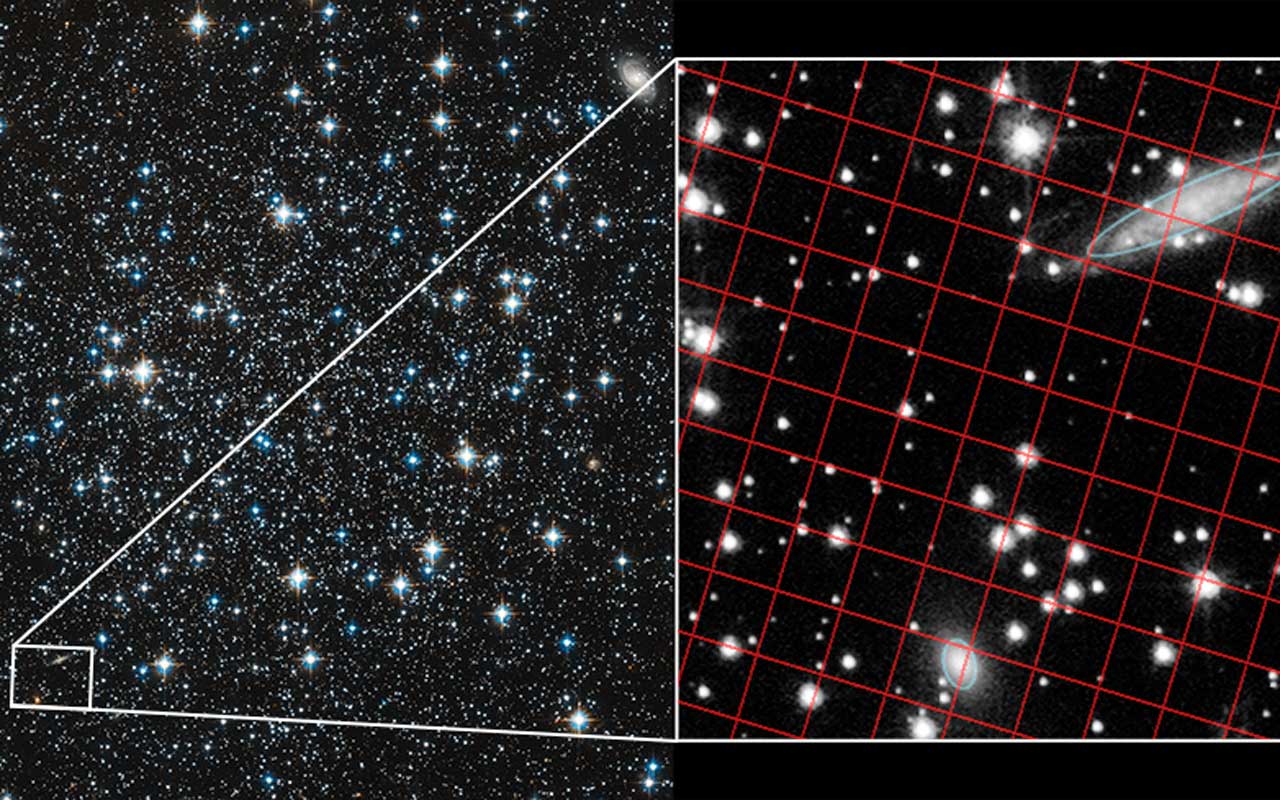 NASA used data from Hubble and Gaia to measure the three-dimensional movement of globular star clusters that each contain hundreds of thousands of stars. Those clusters orbit near the center of our galaxy. When data from Hubble and Gaia was combined, it allowed the researchers to estimate the distribution of mass in the Milky Way out to 1 million light-years from Earth.