As asteroids orbit the sun, they’re constantly bombarded by meteoroids, radiation, and now NASA scientists determined that even sunlight can wear down their surfaces. The NASA OSIRIS-REx spacecraft has shown that rocks on the surface of Bennu are being cracked by heating cycles as the sunlight hits them during the day, and the rocks cool at night. NASA says this is the first time evidence of the process, called thermal fracturing, has been definitively observed on objects without an atmosphere.

Thermal fracturing causes the evolution of boulders and planetary surfaces over time. The shape and size of individual boulders has changed, and pebbles and fine-grand regolith are created. Sunlight also helps break down crater walls. NASA scientists say how quickly this occurs relative to other weathering processes tells us how and how quickly the surface of the asteroid has changed.

Scientists have thought for a long time that thermal fracturing could be an essential weathering process on airless objects like asteroids because of extreme temperature differences between the day and night. On Bennu, daytime high temperatures can reach almost 127 degrees Celsius or about 260 degrees Fahrenheit. At night, Lows can reach about negative 73 degrees Celsius or nearly negative 100 degrees Fahrenheit. 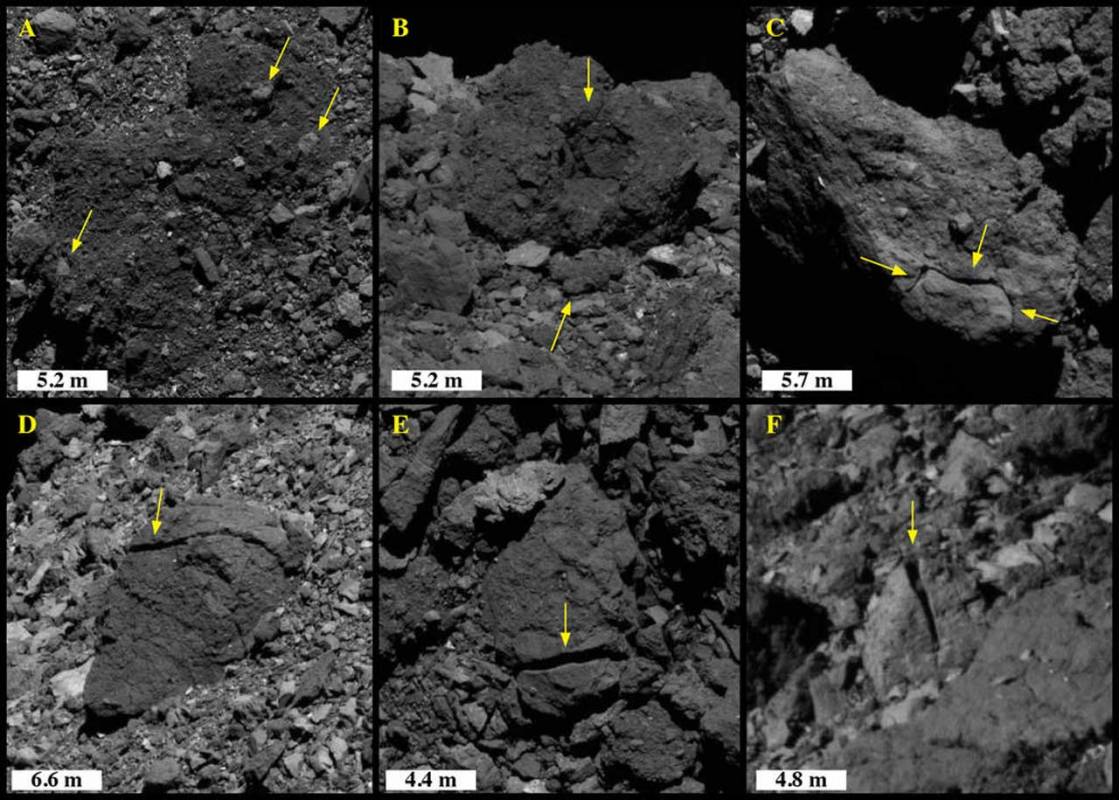 OSIRIS-REx was able to get close enough to Bennu to take the high-resolution images required to confirm thermal fracturing happens on asteroids. Scientists found features consistent with thermal fracturing using the Camera Suite (OCAMS) aboard the spacecraft.

The camera was able to see features smaller than 1 cm. The images found evidence of exfoliation, which is when thermal fracturing causes small, thin layers to flake off a boulder’s surface. Evidence was also discovered of cracks running through rocks in a north-south direction, which is along the line of stress that would be produced by thermal fracturing on Bennu. Scientists are looking forward to measuring the properties of samples that will be returned from the asteroid in 2023.