NASA has reprocessed images of Jupiter’s moon Europa that were captured by its Galileo spacecraft back in the 1990s. The reprocessed versions of the images reveal the moon’s surface in stunning detail, highlighting what NASA refers to as ‘chaos terrain’ and a variety of details about the features found on the surface. The new versions of the images are made possible using modern image processing technologies.

The image data was originally captured in the late 1990s, according to NASA, making them more than 20 years old. New image processing techniques have given the space agency the opportunity to revisit this old data and learn more from what it has to offer — namely, to better explore the details of Europa’s surface, or at least how it existed decades ago. 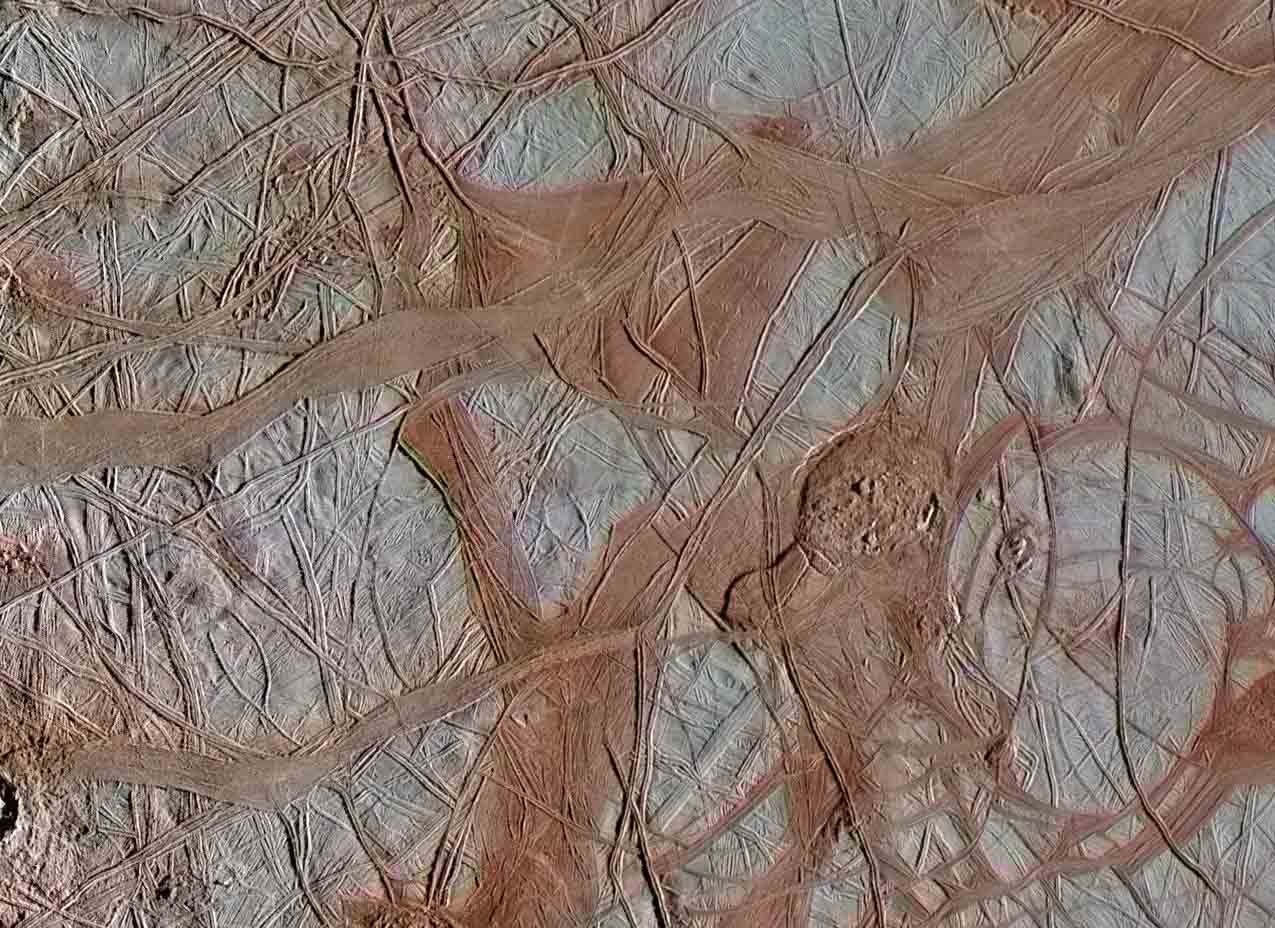 Europa is known for its thick icy shell, which is tinted dark in many areas. The surface features massive, long grooves and etches that appear like thick scars across the body. NASA has captured many images of the moon, which are processed using various image techniques to highlight certain features or offer a realistic look at the celestial body’s actual appearance.

NASA shared the reprocessed images on Thursday, which include a feature referred to as ‘crisscrossing bands,’ as well as chaos terrain with blocks of material and ridges where the crust has fractured. Each image shows a close-up look at these features, though they’re not quite as crisp as some newer images we’ve seen.

The new imagery was generated as part of NASA’s preparation for the Europa Clipper spacecraft, which will flyby the moon many times to gather data about the oceans it has hidden beneath a thick crust of ice. NASA has previously said that Europa holds a lot of promise for discovering signs of life beyond Earth due to those oceans.