The NASA Solar Dynamics Observatory (SDO) spacecraft recorded a significant solar flare on October 28, 2021, at 11:35 AM EDT. The SDO constantly watches the sun, and it recorded images of the solar flare as it happened. A solar flare is a burst of radiation that emanates from the sun. If they are intense enough, they can interrupt communications between satellites and the ground, particularly GPS and communications satellites.

The flare that occurred on the 28th was classified as an X1 class flare. X is the most intense class of flares, with the number indicating more information about its strength. X1 is the least intense of the X class flares, with each new hire numerical class being that many times more intense than X1. For instance, an X3 flare is three times as intense as an X1.

NASA considers flares classified as X10 or stronger to be unusual. The image seen above in cropped form and below in full form was taken in extreme ultraviolet light. The image highlights the flare and has been colored teal in the image. 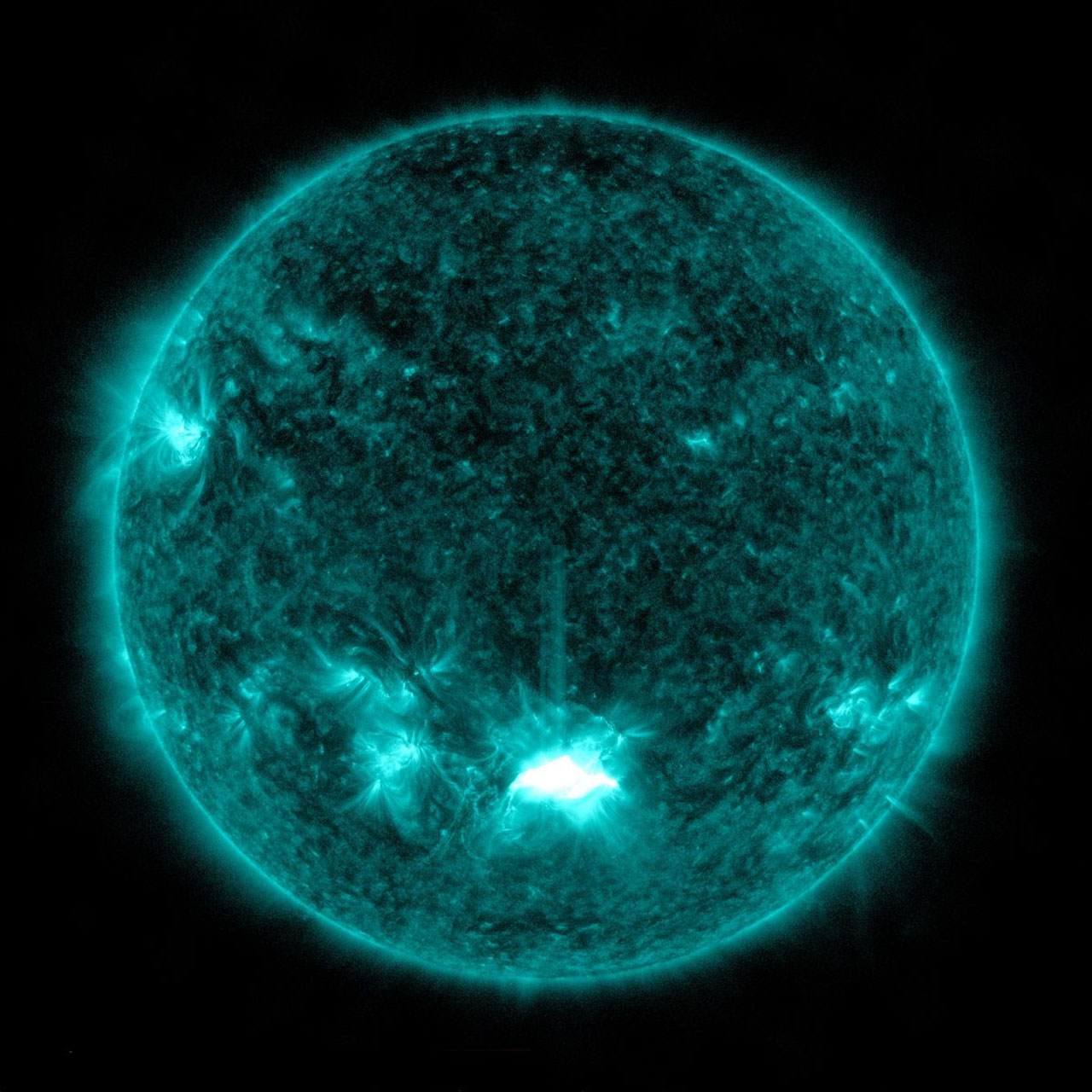 The intensely bright solar flare is easily seen on the lower half of the sun. NASA also published a tweet showing images in various wavelengths. The animation is very interesting and shows the sun ejecting a large quantity of material into space.

Interestingly, there has been no indication of communications or satellite interference caused by the flare. It’s always interesting when NASA shares incredible images it gathers of our solar system and the universe in general. NASA hopes that at some point in the future, it will be able to forecast space weather such as solar flares and other solar activity to better protect astronauts in space and satellite equipment.