In summer 2015, NASA’s New Horizons spacecraft took an incredible photo of Pluto that NASA has made public today. The image shows the planet as a dark shadow, its shape visible only due to the soft white glow coming from its backlit side. The image is newsworthy itself due to its sheer beauty — this is definitely one to get framed for your office — but it also has some small features exposed for researchers and the public alike to see. One of those features is a small low-hanging cloud.

According to NASA, the photo you see above was taken “at a high phase angle,” which means the sun was located behind the planet, leading to that incredible glow you see around its surface. Because of the backlight, Pluto’s atmosphere is lit up brightly and is highly visible for researchers. The space agency zoomed in on one spot in particular — in it (below) we can see a small cloud hanging in the sky. 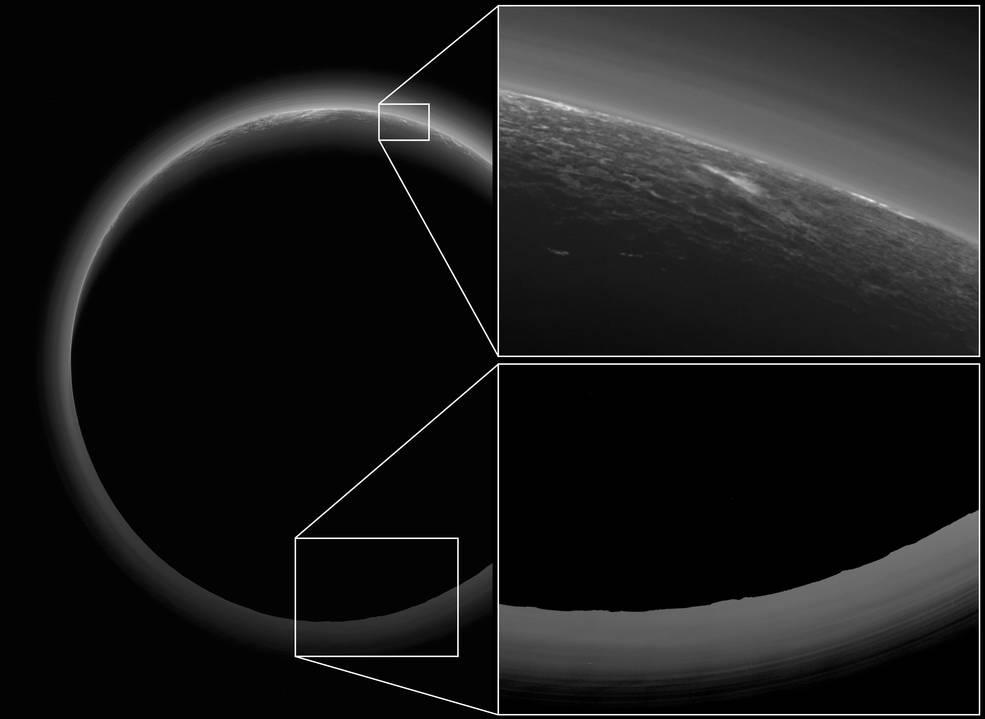 The photo was snapped when New Horizons was 13,400 or so miles away from the small planet; we’re seeing it when the vessel was 19 minutes away from its closest point to Pluto. Each pixel in the image represents 1400ft, and it’s all thanks to the Ralph/Multispectral Visual Imaging Camera. In addition to drawing attention to the particularly detailed cloud, NASA also selected a portion of the image in which we an see (very faintly) a rocky span of landscape about 460 miles long.

That part of Pluto is said to be more mysterious, and the image ultimately provides a better look at the region than lower-resolution photos New Horizons managed to get when it was closer. Other parts of Pluto captured in the above photo is Sputnik Planum and the planet’s southern nitrogen ice plains.