The NASA Perseverance Rover is scheduled to land on Mars on February 18, 2021. The rover features 11 metal parts that were made using additive manufacturing, more commonly known as 3D printing. Rather than being forged, molded, or cut from a larger block of material, 3D printing uses lasers to melt powder in successive layers to construct the part.

The 3D printing process allows engineers to make unique designs and traits, allowing parts to be produced that are lighter, stronger, and more responsive to heat or cold. The first rover to carry 3D printed parts to Mars’s surface was the Curiosity rover, which has been on the Red Planet since 2012. Curiosity has a 3D printed ceramic part inside of its Sample Analysis at Mars instrument.

Perseverance’s 3D printed components are known as “secondary structures,” which wouldn’t jeopardize the mission if the part should fail to function as intended. NASA officials say that taking additional 3D printed components to Mars is a “huge milestone,” opening the door for more additive manufacturing in the space industry. One of Perseverance’s 3D printing components is the outer shell of the PIXIL instrument intended to seek out signs of fossilized microbial life using x-ray beams directed at rocks.

That instrument shares space with other tools aboard the rotating turret at the end of the seven-foot-long robotic arm attached to the rover. The two-piece shell is made of titanium, a mounting frame, and two support struts securing the shell to the arm’s end. 3D printing allowed the components to be hollow and extremely thin. 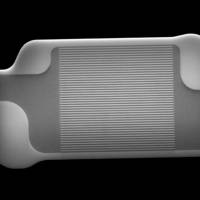 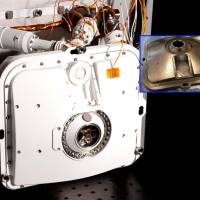 NASA says the 3D printed parts are produced by a vendor called Carpenter Additive and have 3 to 4 times less mass than if they were produced conventionally. Researchers on the project say that 3D printing processes made the instrument possible as the high-precision pointing required couldn’t be made with conventional fabrication. The rover also uses a 3D printed heat exchanger inside the MOXIE instrument, among other parts.