Using images captured by its Ingenuity helicopter during a complex flight on Mars, experts at NASA have generated a stereoscopic 3D photo that provides viewers with a more dynamic view of the Martian landscape. The image shows a particular Martian geologic feature NASA calls Raised Ridges, the data of which was captured by Ingenuity in late July.

On July 24, the Ingenuity helicopter performed its 10th and most complex (to date) flight on Mars. During this flight, the helicopter captured two images that, when combined, were used to create a stereoscopic 3D photo that can be viewed using red-cyan glasses. A total of 10 color images were captured during this flight. 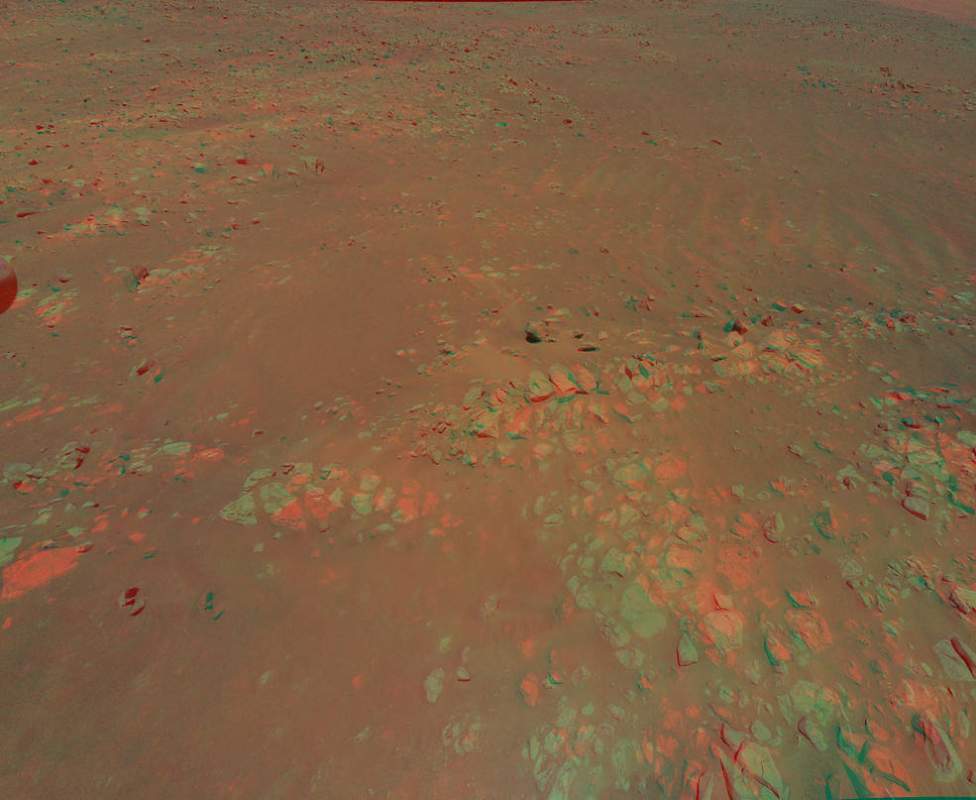 The 3D image provides a much more dynamic and immersive perspective of the Raised Ridges; not only does this give the public a unique look at another planet, but it also helps experts scope out the area for future potential investigations. NASA JPL scientist Kevin Hand talked about the image, stating:

In 3D it almost feels like you can reach out and touch the Raised Ridges. But along with its immersive beauty, the image provides great detail. If you look closely, you can see some curious lines across the surfaces of several rocks. Are these just made by eons of wind and dust blowing over the rocks, or might those features tell the story of water? We just don’t know yet.

NASA revealed that the Perseverance team may drill into the Raised Ridges for a sample of rock or sediment as part of the search for evidence of past life on the Red Planet. The agency notes that other 3D images of the region were also generated and that its experts will study the photos ahead of a possible rover visit to this spot.