NASA has launched a Mars weather service website courtesy of its InSight rover, the space agency has announced. The new site provides the public with a weekly Mars forecast, including high and low temperatures, wind speed, and pressure. The weekly forecast is joined by a historic data chart showing average and record temperatures for the Red Planet, offering a truly unique look at the foreign world.

The InSight lander has been going through the motions to get established on Mars, where it will work to provide researchers on Earth with entirely new data about the planet. Thanks to a package of sensors it features called Auxiliary Payload Subsystems (APSS), the lander is also able to continually monitor the weather around it and send the information back to its handlers. 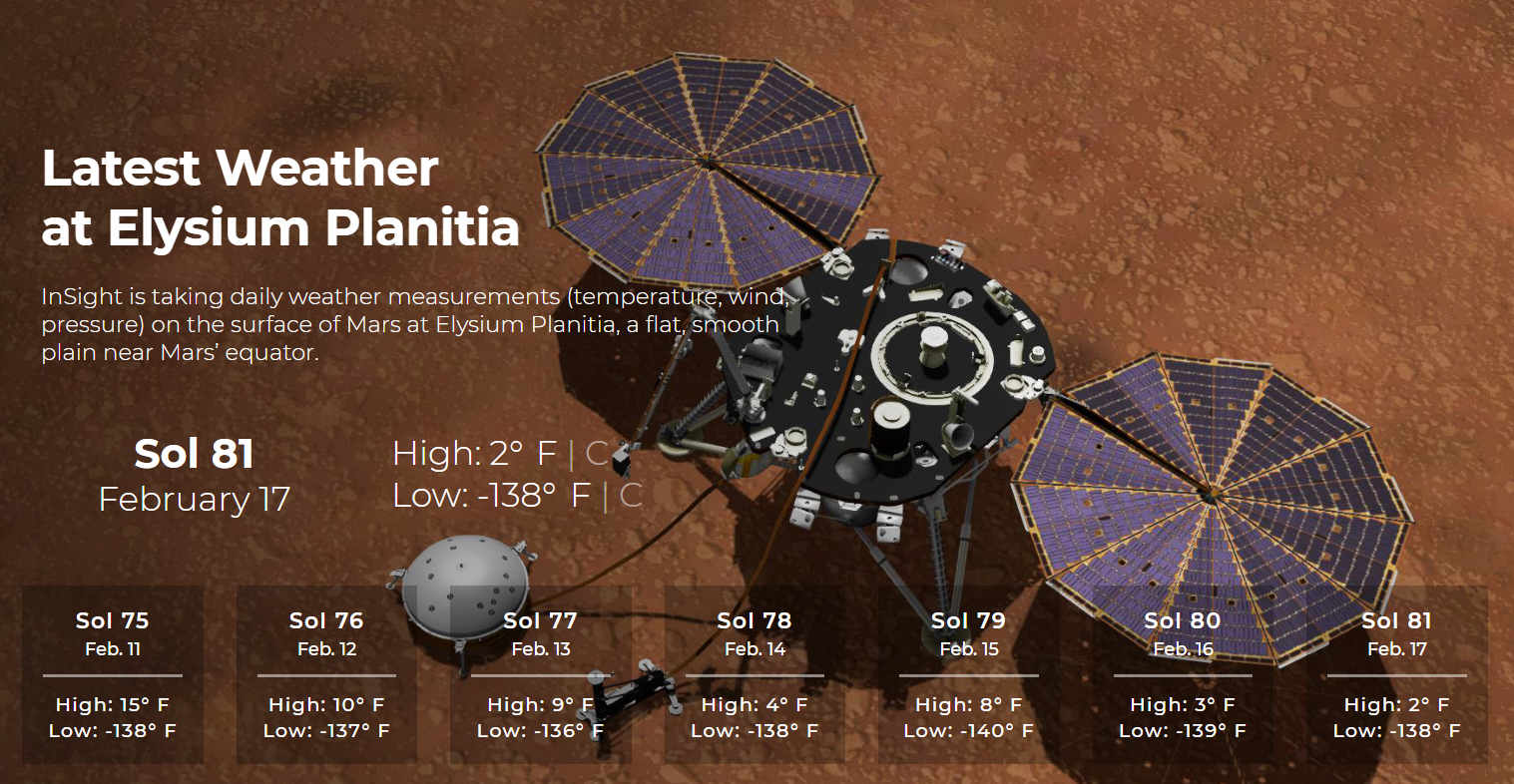 InSight lander brought a load of modern technology with it to the Red Planet, including its Seismic Experiment for Interior Structure (SEIS) seismometer. NASA explains that its APSS tech will enable it to continually gather weather data on Mars, and the info will ultimately be used to filter out unwanted environmental “noise” that would influence the seismometer and heat flow instruments.

There’s the added benefit of getting regular weather data on the planet, as well, providing a detailed, long-term look throughout each Mars day (“sol”). This monitoring is more extensive than past missions on the planet’s surface, which intermittently took weather measurements during the day.

The APSS system features air and wind sensors located on InSight’s back, as well as an air pressure sensor on the lander’s interior. UCLA contributed a magnetometer that is located on the lander’s deck, as well; it works by measuring local magnetic field changes that may also disrupt the SEIS hardware. The public can view NASA’s Mars forecast site here.