NASA InSight lander seismometer gets its own tiny house on Mars

In December, NASA’s InSight rover successfully deployed its seismometer instrument on the Martian surface. This was the mission’s first big milestone, one recently joined by another completed effort: giving the instrument its own small house. The dome-shaped shelter, which NASA calls a shield, is positioned on top of the seismometer to help protect it from the elements.

The InSight rover’s seismometer is an incredibly sensitive instrument, according to NASA, which will use the device to collect precise data on Mars. The sensitivity is great for picking up that data, but has a downside: it could be influenced by the wind blasting past it. Vibrations from passing breezes can introduce noise into the data. 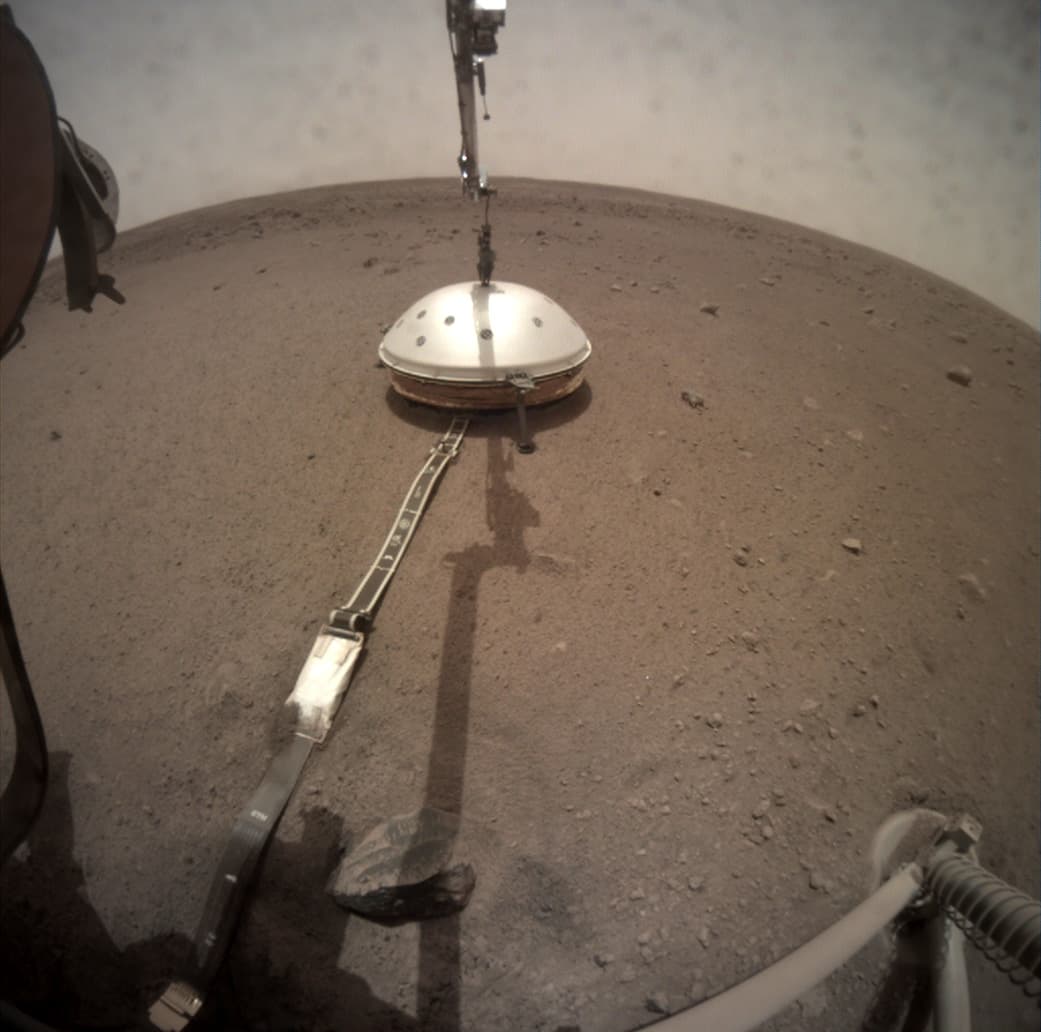 The shield is designed with a shape that causes wind to press it toward the ground as it passes over the device; this design prevents the shelter from flipping off the instrument. All of this joins thermal blankets and chain mail on the bottom so that it could be positioned over rocks.

Wind isn’t the only potential problem for the seismometer, NASA explains. Temperature fluctuations can cause the metal components in the instrument to contract and expand, which is why these devices are buried underground on Earth. Burying the instrument isn’t an option on Mars, so NASA instead vacuum sealed the device in a titanium sphere to help reduce temperature fluctuations.

When NASA shared images of the instrument after it was deployed, the public could see a hexagonal box, which features honeycombed walls to seal against air movement. The titanium sphere is inside of the box. The complete package is a triple defense against unwanted noise and temperature changes.