Sad news for those who were planning to watch NASA’s scheduled spacewalk at the International Space Station today, as it’s been delayed. The spacewalk, which was expected to begin today at 7:10 AM EST, was postponed at the last minute, thanks to the detection of nearby space debris. Unfortunately for us, NASA doesn’t yet know when it will be able to perform the spacewalk and won’t until it has more details about the debris and just what kind of threat it poses.

Astronauts Thomas Marshburn and Kayla Barron (pictured below) were scheduled to participate in this spacewalk today, which would have seen them replacing an S-band Antenna Subassembly installed on the Port 1 truss structure off the ISS. While NASA says that the antenna in question “recently lost its ability to send signals to Earth,” the issue has only had a “limited impact” on ISS functionality. Still, NASA wanted to replace the antenna to have communications redundancy in case other antennas went down.

NASA blocked off a significant amount of time for Marshburn and Barron to perform their spacewalk and complete the antenna replacement, too, saying that the spacewalk was intended to last six and a half hours. Sadly, last night, NASA received a debris notification from the International Space Station, prompting it to delay the spacewalk. 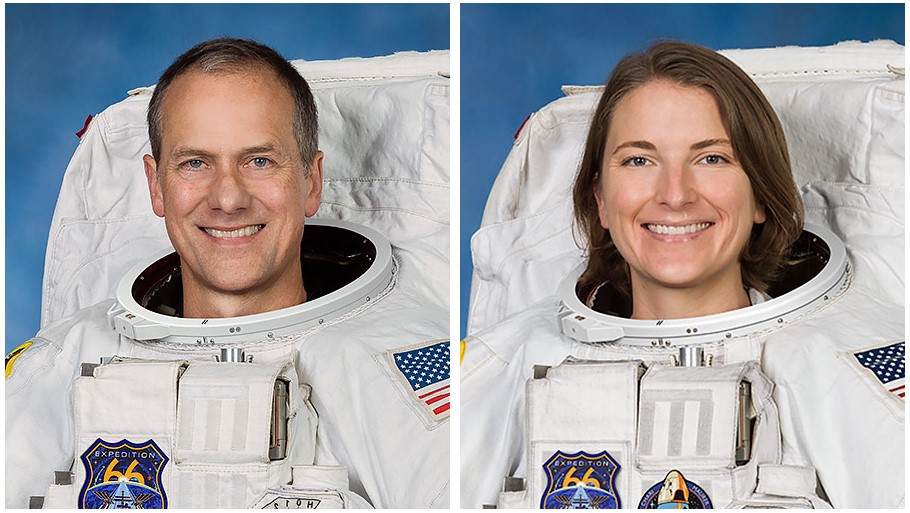 For now, we don’t know when the spacewalk will happen. In an announcement published today, NASA says that the spacewalk will be delayed “until more information is available.” Since this mission was more about maintaining redundancy in the ISS communication systems rather than fixing a critical component, there’s no major hurry to get the antenna replaced, so NASA can take all the time it needs to make sure that Marshburn and Barron won’t have to contend with space junk while they carry out their mission.

The debris in low-Earth orbit has been a big topic of discussion this month, thanks not only to this spacewalk delay but also because of the anti-satellite missile test Russia carried out earlier in November. On November 15th, 2021, Russia destroyed its long-inactive Kosmos-1408 satellite, creating a debris cloud that potentially puts the crew of the ISS and the station itself at risk.

The United States Space Command estimates that the explosion created at least 1,500 pieces of trackable space debris and many thousands more which are untrackable. The agency also said that the debris cloud could linger in low-Earth orbit for “years and potentially for decades.”

So far, there’s been no indication from NASA that debris from that test is behind today’s delay. The European Space Agency estimates there are tens of thousands of objects greater than 10cm in size in orbit, with potentially hundreds of millions of objects smaller than that. Those small, untrackable objects still pose a threat since they’re moving at orbital speed, so it’s no wonder NASA takes reports of debris seriously. We’ll let you know when NASA has a new date for this spacewalk, along with details for how you can watch it live.