MyFox Security System launches in the US via CES 2015

As homes get smarter and more sophisticated, there will always be worries about attracting more attention from unwanted “visitors”. And what better way to protect a smart home than with a smart home security system, right? While MyFox’s security system here at CES 2015 might, at first glance, look like any smart home security system, it does offer a few rather unique ideas. Not only does it come as an almost complete package instead of piecemeal components, it also tries to prevent theft instead of simply recording it. Plus, it harnesses the power of your neighborhood in the fight against crime as well.

Unlike other security system that comes with one part of the puzzle or another, the MyFox system comes as a set. Included in it is an IntelliTAG anti-intrusion sensor for windows and doors, a siren, a key fob, a connection hub that ties all of them together, and a smartphone app to control them all, with IFTTT integration even. That IntelliTAG sensor is advertised to really be intelligent enough to differentiate vibrations from, say, a knock on the door, from someone trying to break in and sounds the 110db alarm as needed. The key fob allows for easy and convenient hands-free unlocking and disarming of the security system.

One interesting feature of the system is that it doesn’t rely on a single company to keep an eye on things. You can request neighbors and friends to do that for you, giving them the ability to monitor and even disarm the security system. They will also be notified of any intrusions when you’re unable to handle matters yourself. 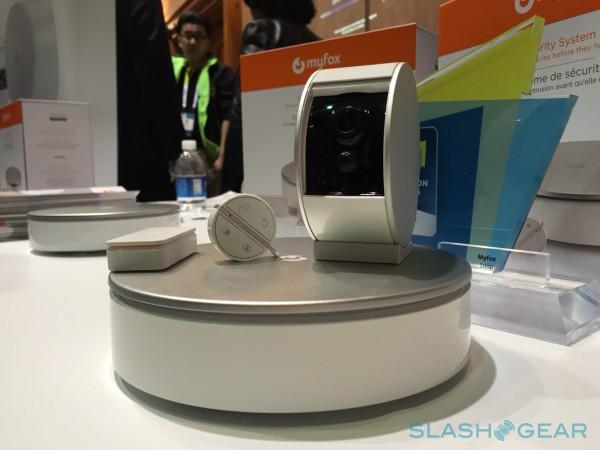 The system, however, doesn’t come with any monitoring piece. That is provided by a separate device, the MyFox Security Camera, which provides 130-degree HD video, complete with Night Vision, motion detection, and battery backup.