Smart speakers are all the range in tech these days and soon it will be the battle of the titans. But as those giants scuffle, the small men, the consumers, sometimes get trampled on. Especially their privacy. It’s no secrets that the likes of Amazon and Google want your data. They promise to do no evil, but you can never really tell. Consumers have opted to just accept the status quo in exchange for convenience. Now, however, they don’t have to compromise just to get an Amazon Echo or Google Home experience, with the Mycroft Mark II Open Voice Assistant speaker.

This isn’t Mycroft’s first rodeo. The AI startup successfully funded their first smart speaker back in 2015. That one, however, was more of a better fit for early adopters, developers, and hackers. With Mycroft Mark II, they’re aiming for a more mainstream consumer market.

In addition to sporting a somewhat cylindrical shape that most smart speakers come in these days, the Mark II is decked with an array of six individual microphones capable of detecting where the user is speaking from. A 10-watt speaker with dual two-inch full-range drivers promise to fill the space with your music, or at least make its voice heard across the room. And unlike most smart speakers, Mark II already comes with a 4-inch LCD panel that can be used to display information, graphics, or a friendly face. 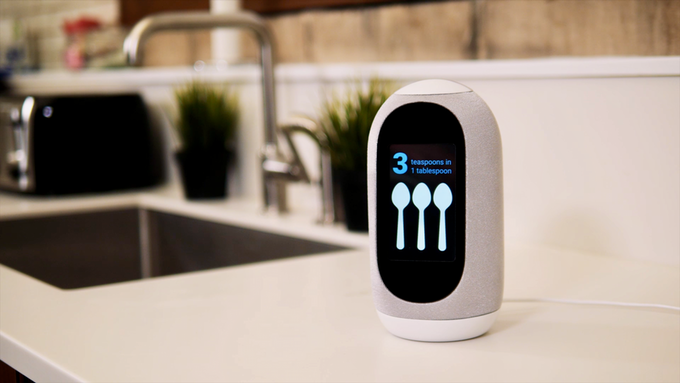 What sets Mycroft apart, however, is its software. Being fully open source means a lot of things. It is modifiable, open to scrutiny and audit, and unemcumbered by patents and other ugly legal hindrances to a vibrant community-developed platform. That means anyone and everyone can potential help make Mycroft AI better.

Most importantly, Mycroft doesn’t rely on an advertisement business model. It doesn’t need user data to sell to the highest bidder or to push ads to your face or ears. It doesn’t even need your data at all and any data you sent to its servers, for processing and whatnot, is immediately deleted after the task at hand is accomplished. That said, you can also opt in to have your data stored in order to help improve Mycroft’s capabilities. It’s the same appeal the likes of Google and Amazon make, but Mycroft doesn’t do it by default.

Just like before, the idea of an open source and privacy-respecting smart assistant seems to have resonated with not a few people. With still less than a month to go, nearly 800 backers have raised more than twice the rather meager funding goal. The startup was able to deliver last time, but that isn’t always an assurance of a repeat performance. Mycroft Mark II is slated to ship by the end of the year.