It goes without saying that the stock situation for the Xbox Series X and the PlayStation 5 has been pretty dire. Not only is stock very limited thanks to the COVID-19 pandemic, but when new consoles are listed, they sell out almost immediately. While that makes it very difficult to secure a console of your own, it isn’t totally impossible, and the tips in this article might help give you an edge when it comes to not only competing with other consumers trying to get a console, but scalpers armed with bots as well.

With that said, there’s no two ways about it: actually getting one of these consoles at the moment is mostly a matter of luck and being in the right place at the right time. The COVID-19 pandemic makes it difficult to buy a console in-store, which is where regular consumers have an edge over scalpers who usually buy online. So, since we’re mostly limited to buying online, that means people trying to buy one without the use of a bot are starting from a disadvantaged position.

Personally, I was lucky enough to snag a PlayStation 5 of my own during all of this mania, so while it is difficult, it is still possible. These tips might help you do the same, or at least help you focus your efforts to improve your chances of securing one.

Find some way to track stock

If you’re going to stand any chance of getting one of these consoles, you first need some way to track stock. For me, the most useful tool was NowInStock.net, which has separate trackers for the Xbox Series X/S and PlayStation 5 (and also NVIDIA’s new RTX 3000-series cards, which are just as difficult to come by at the moment). 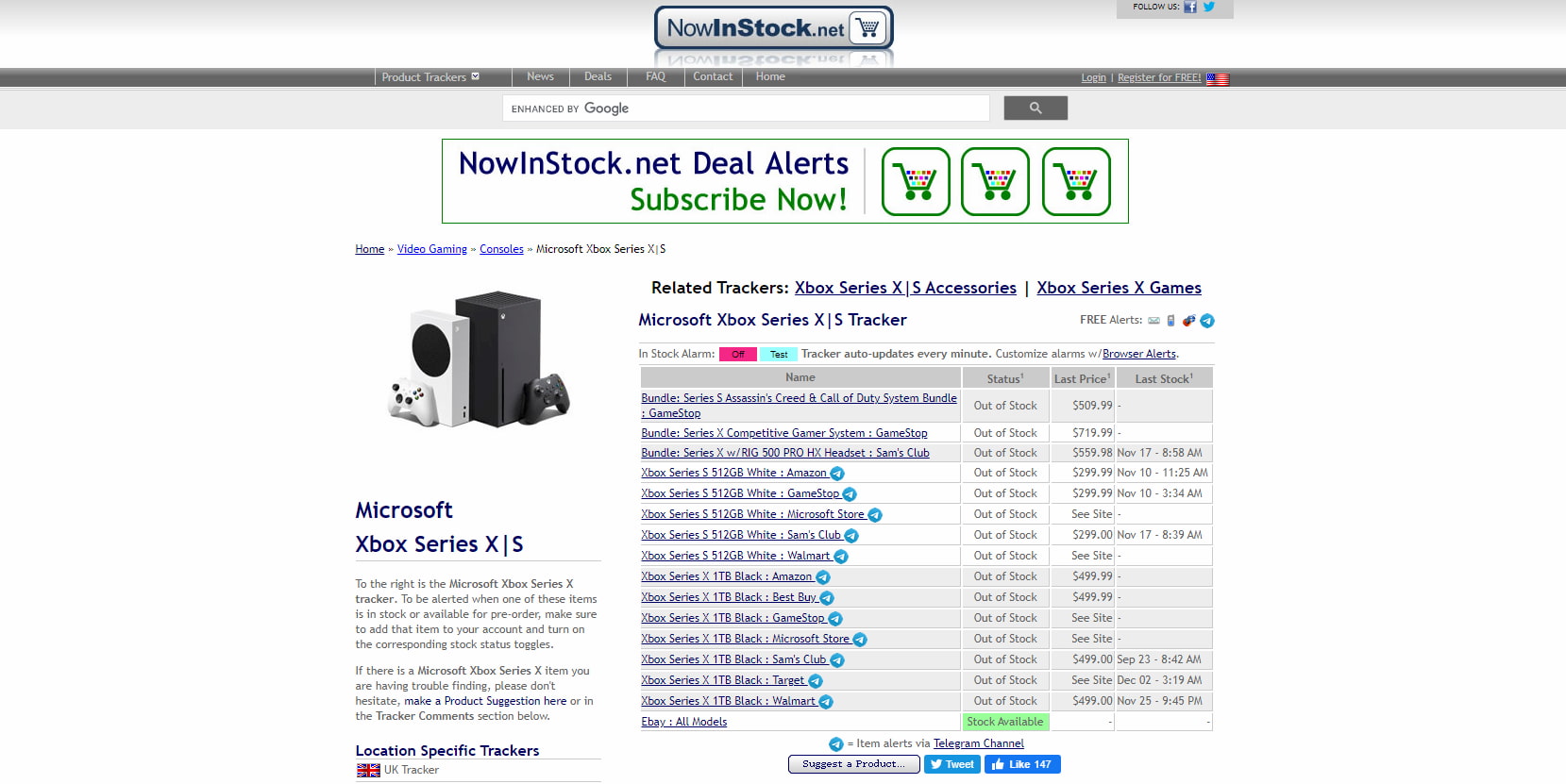 The key to using NowInStock.net is that you can’t actually rely on the tracker to let you know when something is in stock, because often by the time the tracker is updated with new stock, it’s already been sold out. Instead, look to the comments sections on those trackers, because there are usually very helpful people who will post the second a console has come back in stock somewhere. NowInStock.com also shows the restock history for both consoles, and that can be useful in determining the time of day a certain retailer might restock.

You can also use Popfindr to see what local stores in your area have stock. While those stores might not sell you a console as a walk-in customer because of the pandemic, Popfindr can still be useful for seeing when a retailer like Target, which frequently sells consoles online for curbside pickup, has stock and might be preparing to send listings live again.

If you’re looking to cast as wide a net as possible, one of the best ways to do that is to follow a number of retailers on Twitter. Walmart, Target, Costco, GameStop, and Best Buy are the big national chains to follow, but it could also be worth your time to follow smaller, regional chains.

While some retailers have posted when they will open up sales – Walmart has done this a few times – it seems that many restock without prior notice, which does diminish the usefulness of following these companies on Twitter. However, it can still be worth it if a retailer publishes a tweet with restock information out of the blue. 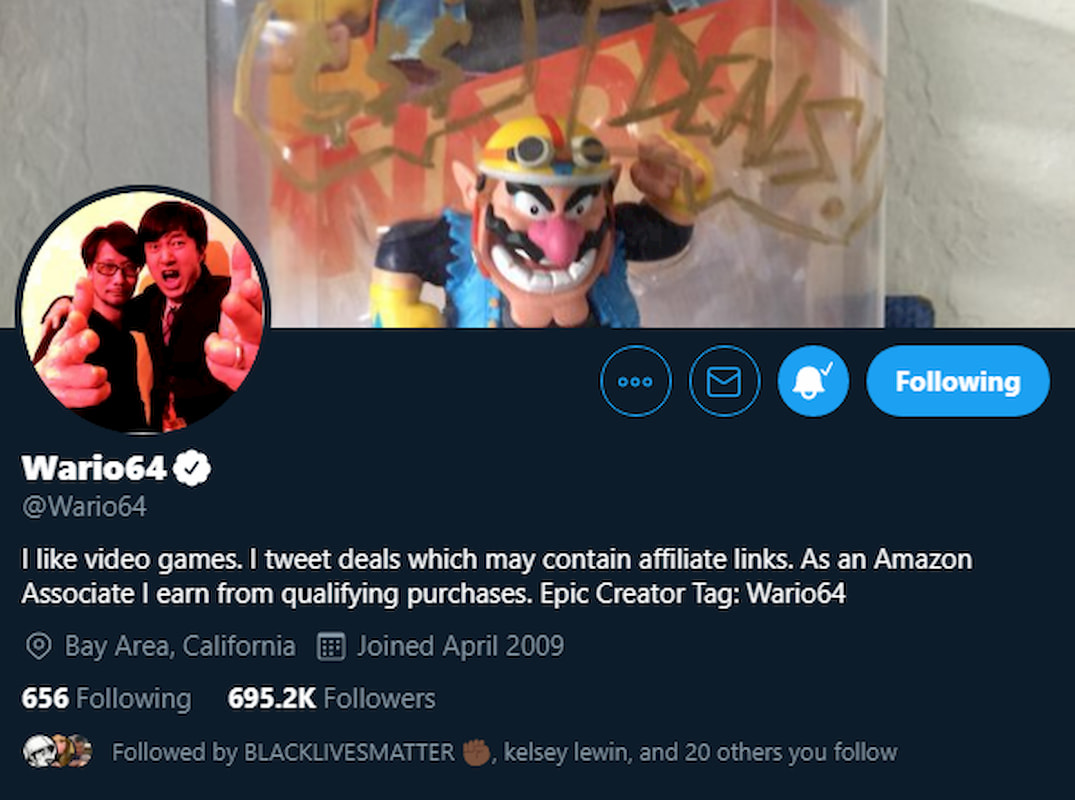 Another Twitter account you should absolutely, always be following and watching is Wario64. Wario64 is the video game deal hunter, and throughout this whole process, they’ve been posting regular tweets the second consoles go back in stock. If you aren’t already following Wario64 on Twitter, you should do that right away. If you don’t have Twitter, it’s worth creating an account just to follow them.

Don’t forget about PlayStation Direct and the Microsoft Store

Usually, it seems that major retailers like Walmart and GameStop are the ones that get the most attention during these periods of stock shortages, but I’d also like to remind you that you shouldn’t forget about PlayStation Direct or the Microsoft Store. Buying directly from the companies making these consoles can often be the way to go, and in fact, I got my own PlayStation 5 from PlayStation Direct. 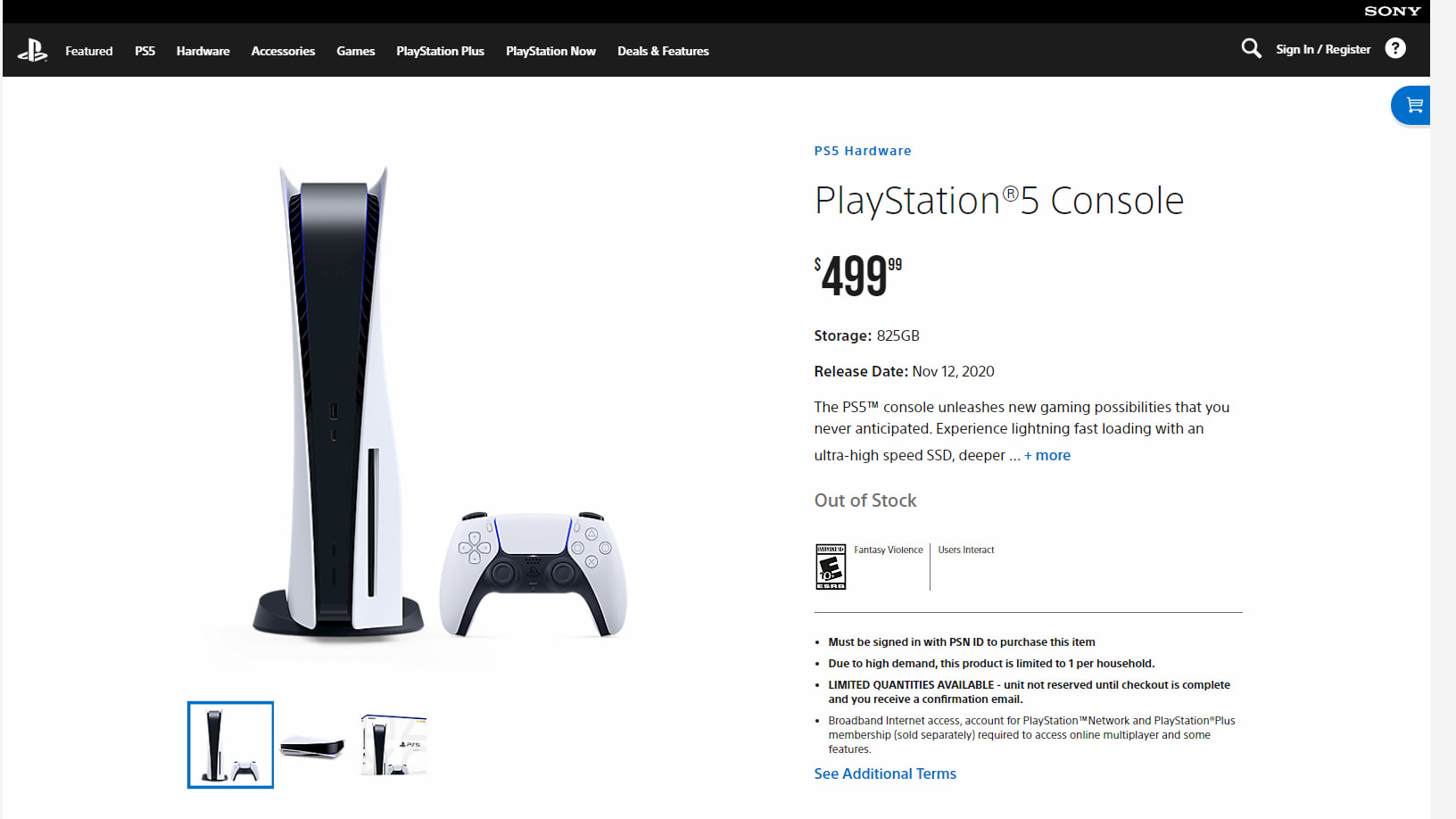 The nice thing about PlayStation Direct is that it uses a queue system, so if – and this is still a big “if,” keep in mind – you can make it to the end of the queue while consoles are still in stock, you don’t have to worry about the website crashing or transactions failing to complete as much as you would with other retailers. Looking at the stock history tracker on NowInStock, it seems that many of the recent Xbox Series X restocks happened at the Microsoft Store too, so if you’re not trying to get an Xbox from Microsoft directly, you are missing out on a lot of opportunities.

Be okay with the idea of buying a bundle

To dissuade scalpers, there are a number of retailers who are only offering new consoles in bundles with games, extra controllers, or accessories (sometimes all of the above). These bundles can climb in price to the realm of $700, $800, or even $900, and while that might be a difficult pill to swallow when you were only planning to commit $500 to buying a new console, being okay with paying more for a bundle could vastly increase your chances of getting a PlayStation 5 or an Xbox Series X.

While these bundles may be expensive, they generally aren’t the rip off that their price tags would suggest at first glance. That isn’t always true, so be ready to do some quick math to make sure you aren’t paying more than you should be, but the bundles I’ve seen from GameStop, Costco, and AntOnline have been fairly priced. Since they’re more expensive than standalone consoles, bundles don’t sell out as quickly, which means that if you’re okay with the idea of buying one, you don’t necessarily need to be first in line when a restock happens.

Keep checking store listings even after a console is sold out

If you’ve been trying to get a console from a place like Walmart, then you know that available stock is usually gone in an instant. Most people will likely give up after a few minutes of refreshing, but if you wait a while longer, you could be rewarded for your patience. A certain number of these orders will wind up getting cancelled for a variety of reasons – maybe the person who placed the order will cancel it themselves, maybe their payment method was declined, or maybe the retailer decided to randomly cancel the order as retailers are wont to do.

The point is: sometimes retailers will relist these consoles shortly after the initial batch as something of a smaller “second wave,” if you want to call it that. It doesn’t always happen, but it’s worth hanging around for an hour or so after consoles sell out to see if any cancelled orders are relisted.

Don’t drive yourself crazy trying to get a console

This isn’t a tip, just a reminder that even when you give yourself the best possible chances to get a PS5 or Xbox Series X, the fact of the matter is that it’s still going to be very difficult to secure one and that will likely be the case for months to come. Expect any stock that’s listed between now and Christmas to sell out in the blink of an eye. Don’t count out being able to buy one no matter how well prepared you might be. Don’t let yourself get frustrated with a lack of available stock, because at some point (hopefully in the near future), manufacturing will catch up with demand and you’ll be able to get one.

With all that said, hopefully these tips help you create a plan of action for actually landing one of these consoles in the coming weeks and months. If you’re looking to buy either a PlayStation 5 or Xbox Series X as we close out 2020 and head into 2021, good luck to you.