PlayStation VR early adopters now have another cool looking game to choose from when the virtual reality headset debuts on October 13th. Thumper, a unique, music “rhythm hell” game from developer Drool, has just been confirmed as a PSVR launch title. Priced at only $20, Thumper will also be released on Steam on the same day, and even better for PS4 players is that the game will support play both in VR and on a standard 2D television.

The easiest way to describe Thumper is to compare it to the classic PS2 shooter Amplitude by Harmonix. Players will guide a metallic beetle traveling on a track at high speeds, defeating enemy bugs by pressing button in tune with the music. If that doesn’t make a lot of sense, just watch the trailer below to see for yourself.

The similarities to Amplitude are obvious once you learn that Drool was founded by a couple of former Harmonix devs.

While Thumper can be played in 2D on a TV, the PSVR compatibility is more than just a gimmick tacked-on in order for the game to be listed as a launch title. Drool says playing the game with the headset on will drastically improve the “overwhelming sense of speed.” 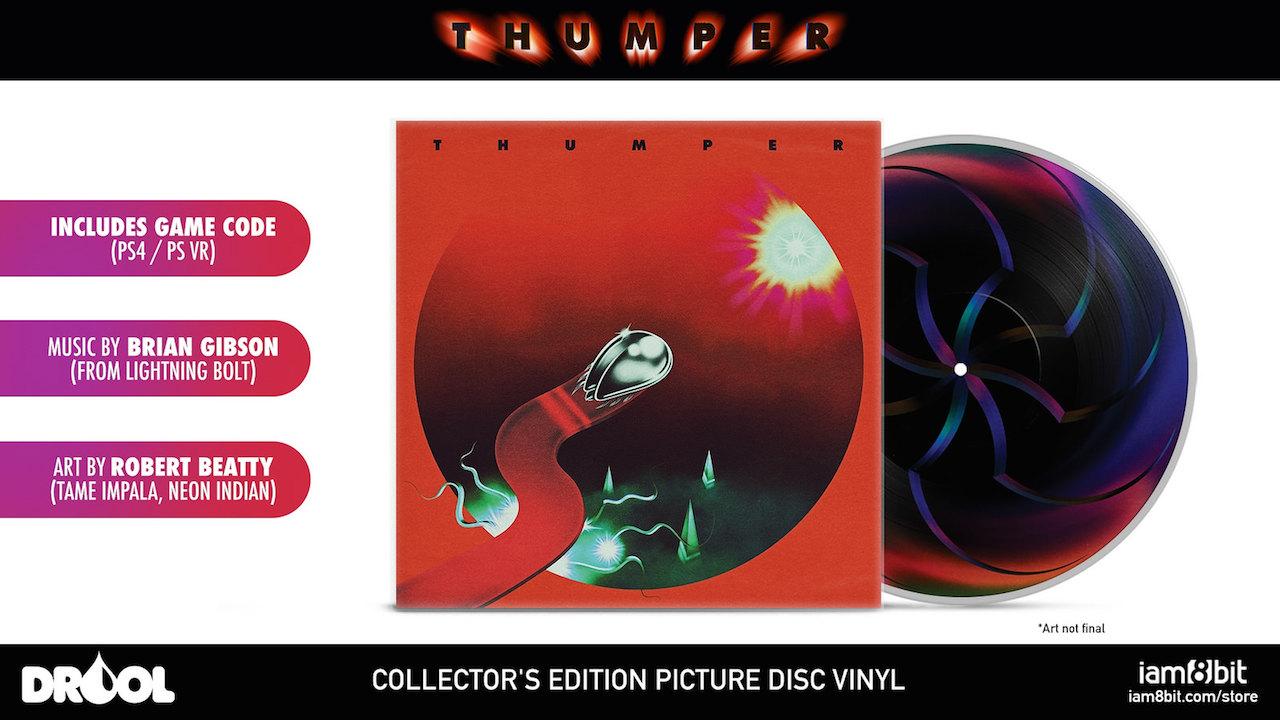 A special collector’s edition for Thumper is also now available for pre-order from the online shop iam8bit. For $45 the set includes a code for a digital copy of the game (PS4 or Steam) and the Thumper soundtrack on vinyl, complete with exclusive artwork by Robert Beatty.